Sacred Texts and Comics: Religion, Faith, and Graphic Narratives is a
proposed volume for the “Critical Approaches to Comics Artists” series at
the University Press of Mississippi that builds upon, but also beyond,
Western or “major” religious traditions to develop a broader landscape of
religious graphic mediums. We encourage submissions that engage Islamic,
Jewish, Christian, Hindu, Buddhist, Native American, African Diaspora
traditions, or other religious communities from a variety of disciplinary
or cross-disciplinary perspectives. Such critical approaches may include
studies in religion, literature, theology, art history, culture,
anthropology, political science, or other disciplines that work with the
multi-dimensional features of graphic narratives.

Topics may include, but are not limited to:

Please send a 500-1000 word abstract, CV, and contact information to Ken
Koltun-Fromm (kkoltunf@haverford.edu) and Assaf Gamzou (assaf@cartoon.org.il) by August 21, 2015. Haverford College will host a symposium on “Sacred Texts and Comics” on May 5th and 6th, 2016 that will include workshops for contributors to this proposed volume. Please indicate your interest in and availability to participate in the symposium (all expenses will be paid, including a small stipend).

June 26, 2015 Review of Maurice Casey's Jesus: Evidence and Argument or Mythicist Myths?
Recent Comments
1 Comment | Leave a Comment
"Under the old covenant (ten commandments), people were (and still are) racists and sexists. For ..."
Herrnhut Was Jesus a Racist?
"Reconciliation is a two-way street, restoring a broken relationship between two people. God does indeed ..."
Iain Lovejoy Forgive Us Our Debts, Not Repay ..."
"Excellent. God is not, and does not want to be, an accountant; keeping a ledger ..."
Harvey James Johnson Forgive Us Our Debts, Not Repay ..."
"Don't confuse forgiveness with reconciliation. Jesus tells us to forgive people who sin against us, ..."
Derek Thompson Forgive Us Our Debts, Not Repay ..."
Browse Our Archives
get the latest updates from
Religion Prof: The Blog of James F. McGrath
and the Patheos
Progressive Christian
Channel
POPULAR AT PATHEOS Progressive Christian
1 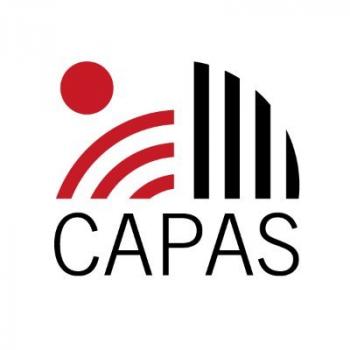