Several people who responded to the question rightly pointed out that even the best blog posts are more like conference papers than articles – not the fully fleshed-out or complete and polished arguments and ideas scholars traditionally publish in print, but the draft versions we share at conferences and in other venues, precisely with the aim of getting feedback and improving the final version.

Now, scholars have always cited other scholars’ papers when they were aware of them and a final version in print was not available. And so the point here is less that they should not be included – indeed, if you have read it and been influenced by it, you must cite it, even if it is on a blog. The point here is that conference papers and blog posts ought to be things we settle for citing, because the author’s final version is not yet available.

And if in some cases a blog post is like a conference paper, in others it is more akin to the napkin at a pub on which another academic sketched out her idea and showed it to you. In that case, you can still cite. The question here is whether one should still ask permission before doing so. In the case of the napkin, it was shared privately and so asking permission before publicizing is crucial. But what if the napkin is online for the entire world to see?

It is also true that the distinction I’ve made above, between blog posts and articles, is not an absolute one. I will be speaking at an upcoming conference about the role of blogs in the investigation of the Gospel of Jesus’ Wife, in which we saw not only blog posts, but pdfs of articles which had not been previously published, nor was it clear whether they were drafts of articles intended for final publication elsewhere. Surely citing such articles in a print book or article on that subject would be appropriate?

And so I think the answer to Chris’ question is absolutely “yes” – especially since the question itself is about online and not just blog resources, and many articles and books are online these days. The qualification of my “yes” has nothing whatsoever to do with the online aspect, and only to do with the character of some of the online materials in question. Whenever possible, scholars should be interacting with the final published version of another scholar’s work – wherever that happens to be found in our digital online era.

How would you answer Chris’ question? Click through and see what others wrote on his blog, as well as chiming in here.

Let me conclude with a couple of cartoons of relevance, both of which come from a post on the blog Fresh Spectrum: 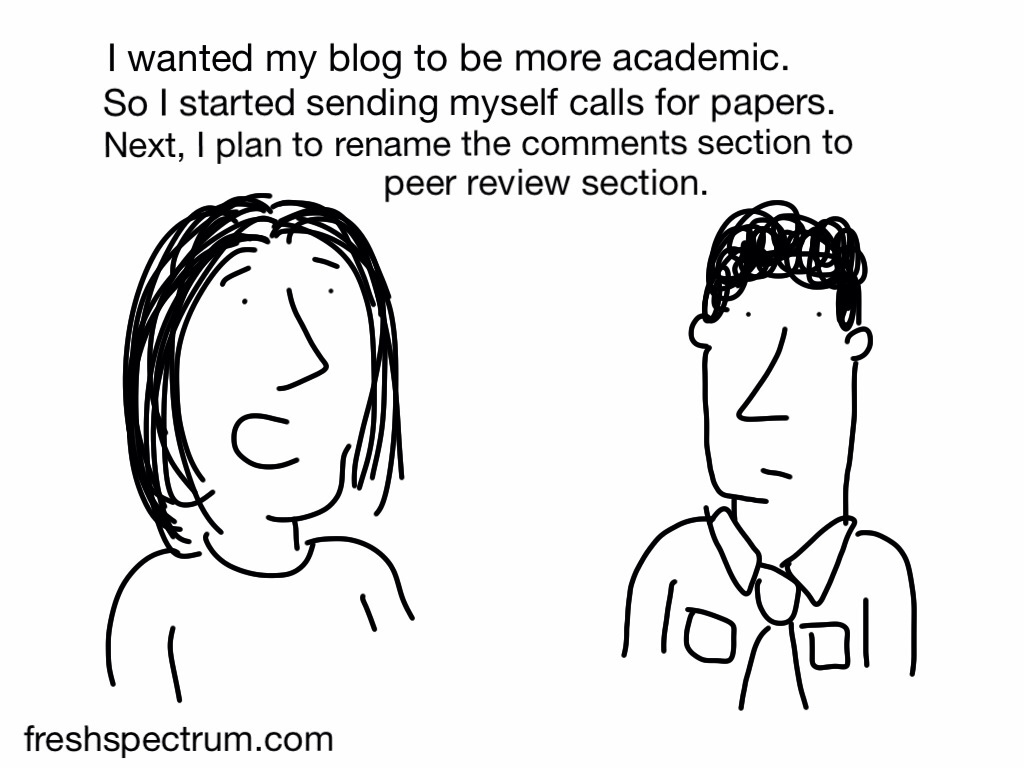 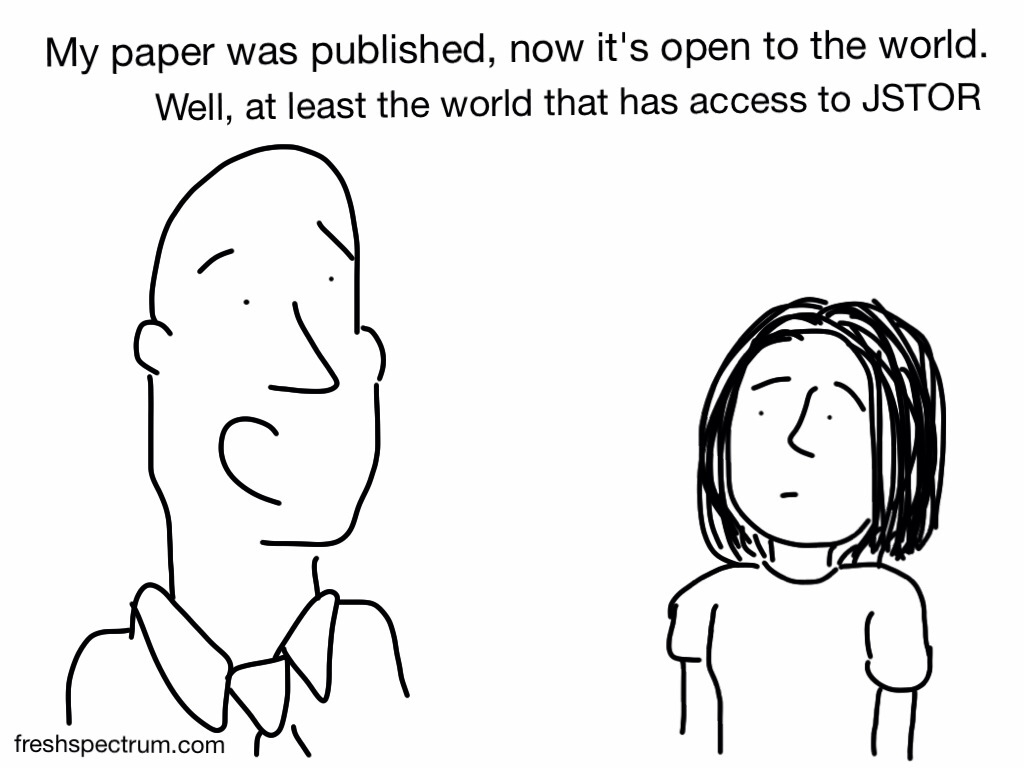 July 31, 2015 #GenCon Selfie with Jesus
Recent Comments
3 Comments | Leave a Comment
"Li Hsen Chang only speakee in pidgin around people who expect him to. At all ..."
John Knowles Doctor Who: The Talons of Weng ..."
"What does the link to your blog have to do with this blog post?"
James F. McGrath The Most Extraordinary and Implausible Inventions ..."
"Probably the foundational truths that need to be taught is rightly dividing the Word of ..."
David Tiffany The Most Extraordinary and Implausible Inventions ..."
"Derp now anyone who advocates a 2 state solution is a Zionist like Chomsky.Meanwhile Israel ..."
Bones Academics and the Israel-Palestine Conflict
Browse Our Archives
get the latest from
Religion Prof: The Blog of James F. McGrath
Sign up for our newsletter
POPULAR AT PATHEOS Progressive Christian
1