I attended several seminars and similar events today at Gen Con. As a Trade Day participant, I was able to enter the exhibit hall before the crowds. I bought some game books that looked promising for teaching purposes, and debated buying one about the persecution of heretics in the Middle Ages. The salesperson turned out to have belonged previously to a Gnostic church in California, and so we may talk more about my work on the Mandaeans.

There was an educator meet and greet event, and then later a workshop for creating an educational game very quickly, both hosted by the same individual, Joe Bisz, who is part of the CUNY Gaming Network. He has produced a game, What's Your Game Plan?, which itself helps you produce an educational game. I highly recommend it.

All of the sessions, plus time spent browsing games and talking with other educators and game designers, have given me some really exciting ideas for how to incorporate gaming into classes that I teach – role playing in particular, whether involving Judah caught between the Egyptian and Assyrian or Babylonian empires; or a group of archaeologists and historians from different ideological backgrounds discussing the interpretation of a find that seems to confirm or contradict something in the Bible; or the attempt to plan and develop a utopia. One can use existing rules and develop modules for these topics, and even some custom play materials. I am sure I would not be the only one interested in trying them out.

Any ideas for what a game related to Jesus might look like? Perhaps it would need to be set on the fringes of his story, or focus on the early Christians in an era when other messianic claimants continue to appear. Any ideas?

I also took my requisite selfie with the TARDIS at Who North America: 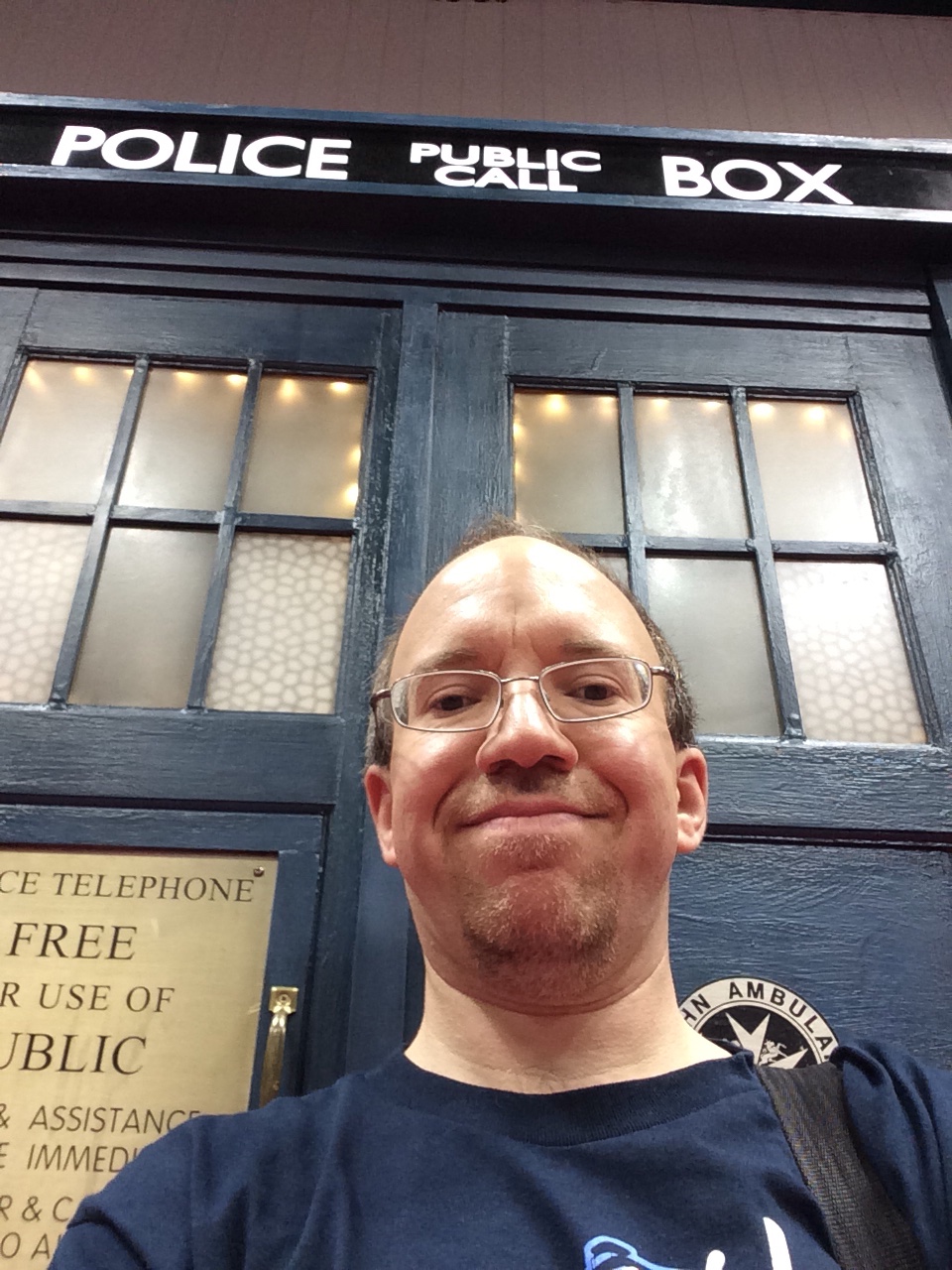