Whose Fault Is It? 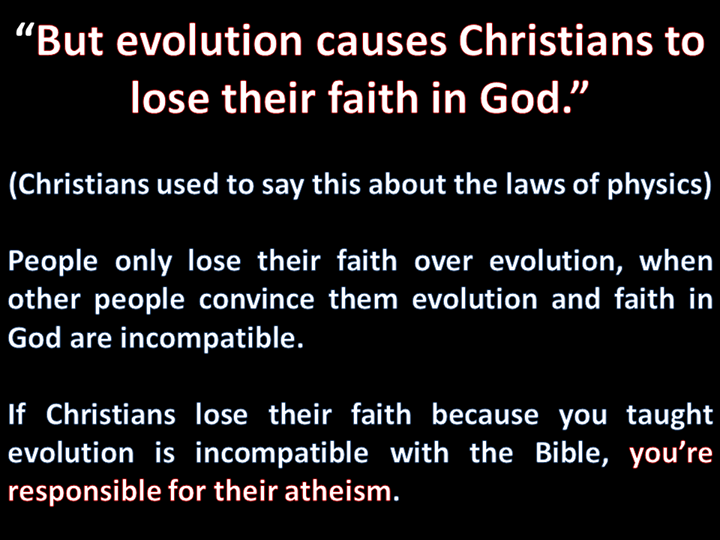 The Facebook page Science and Scripture has been making and sharing a number of interesting images. This one nicely sums up an important point about the false antithesis between Christianity and science, and the falsehoods about science, that young-earth creationists peddle. They tell people they have to choose between the Bible and science, and then they find out that the science they were taught to reject in fact has very strong evidence in its favor, people often do what they were told, and discard the Bible, Christianity, and everything else that was part of their heritage.

Whose fault is that? It is entirely the fault of the young-earth creationist false teachers themselves. There is no one else to blame.