Doctor Who: The Horror of Fang Rock

sees the Doctor and Leela arrive on the coast of England near a lighthouse as a spooky fog is coming in. Steven Moffatt recently commented on the episode’s coolness. It is very much in the vein of those episodes of Doctor Who which are predominantly horror – something mysterious and monstrous is killing people. That the threat happens to be alien is persistently the case on Doctor Who, but the dominant genre is horror nevertheless. But the addition of the sci-fi element does bring episodes like this one into connection with the perennial theme that the seemingly supernatural and spooky has a scientific explanation – whether the thing in question be eerie fog or a murderous green blob.

Such elements are quite explicit in the episode. The older lighthouse keeper crosses himself at one point (but it does not protect him). Adelaide consults her horoscope, yet considers ridiculous the Doctor’s suggestion that they are dealing with an alien menace. And Leela says explicitly, “I too used to believe in magic. But the Doctor has taught me about science. It is better to believe in science.”

As always, the contrast is problematic – mythical sea creatures are viewed with skepticism, but H. G. Wells is said to have been basically correct.

The fact that the Rutans (the aliens featured in this episode) are said to be at war with the Sontarans connects this episode with others.

New episodes of Doctor Who return on Saturday, September 19th. Meanwhile, I’ve almost completed my rewatch of the classic series, and am long overdue to resume blogging my way through it.

Finally, in keeping with the theme of this post, here are a few Doctor Who versions of the “I’m not saying it was aliens” meme that I came across: 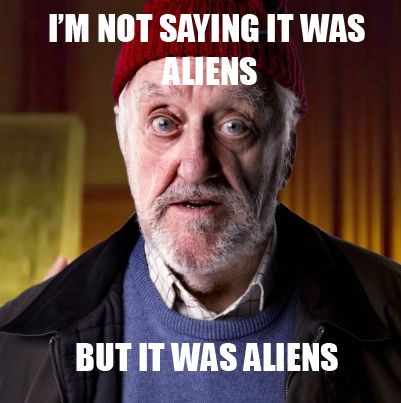 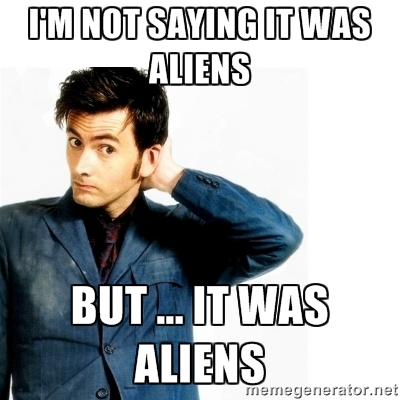 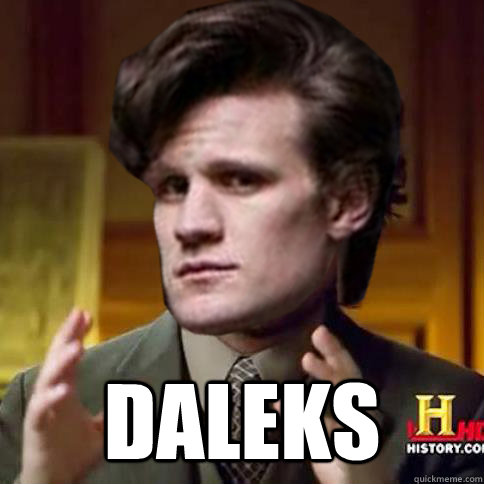 August 6, 2015 Taking the Bible "Literally"
Recent Comments
0 | Leave a Comment
Browse Our Archives
get the latest from
Religion Prof: The Blog of James F. McGrath
Sign up for our newsletter
POPULAR AT PATHEOS Progressive Christian
1