How a Letter Becomes a Scripture

How a Letter Becomes a Scripture August 11, 2015 James F. McGrath 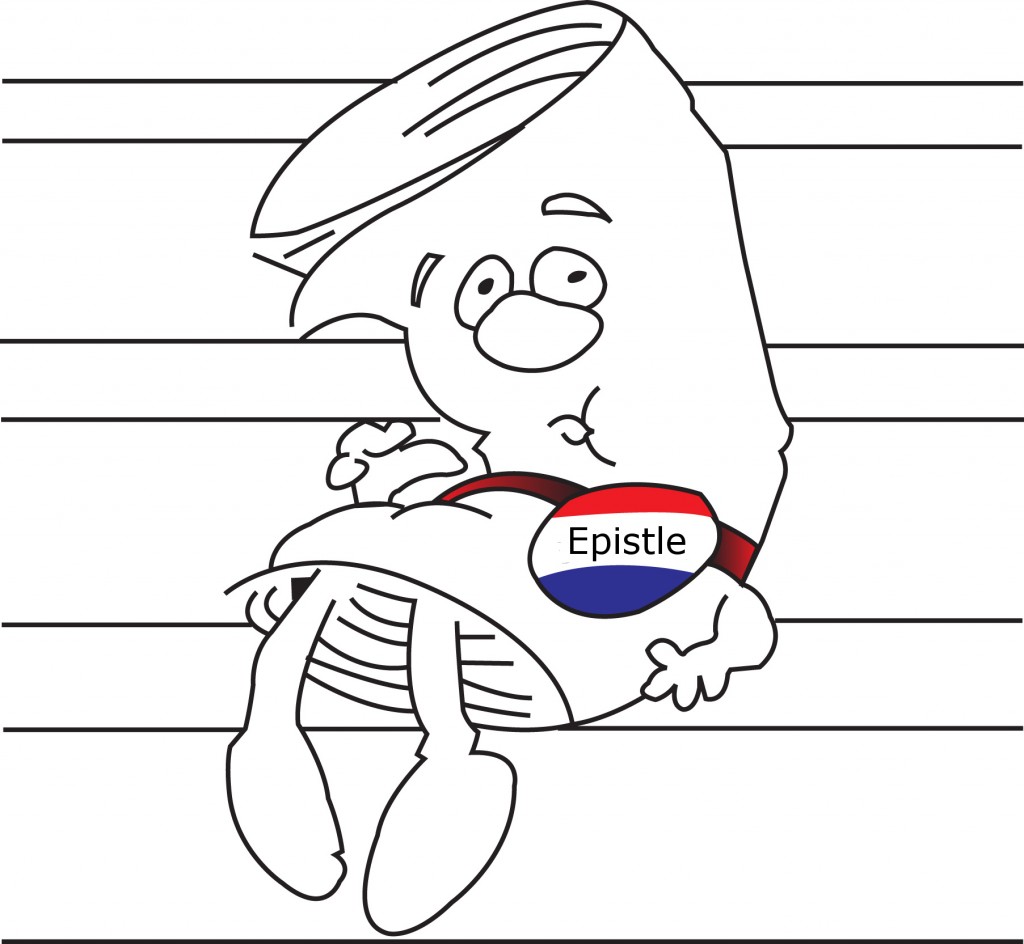 Having finished a study of 1 Corinthians, my Sunday school class proposed as its next topic to focus on the question of how works like Paul’s letters ended up as Scripture – what the process is, and also how it changes the way we read them.

Someone said it reminded them of the Schoolhouse Rock treatment of “How a Bill Becomes a Law.” And so I made the image above. It would be interesting to give the entire process a cartoon treatment.

This discussion follows naturally from one we had just a couple of weeks earlier, when we read Paul’s analogy between the planting of a seed and the resurrection body. One member of my class asked, “How does Paul know this?” – is it something he believed had been revealed to him, or something that he was figuring out for himself? I would say definitely the latter, since the only place that Paul writes of his own words as bearing the Lord’s authority (other than when he directly cites the Lord’s teaching) is in 1 Corinthians 14:37. And there Paul seems to be engaging in a rhetorical strategy: the Corinthian prophets had only become Christians and experienced the Spirit as a result of Paul’s proclamation and their acceptance of his teachings. And so for them to challenge Paul’s trustworthiness would call their own experiences into question.

When my class eventually turned its attention to this topic, I gave them a discussion topic I typically use in my classes at Butler University. I asked them to imagine that a new letter of Paul’s had been discovered, and to discuss whether it ought to be added to the New Testament.

Inevitably such discussions cover the same ground that the ancient church did, such as matters of authenticity, apostolicity, catholicity, and orthodoxy. But this time, there were some additional interesting twists – such as the question of how the canon – and the church – might have been different if more women authors had been included, and more women’s voices had been considered in the assembly of the canon.

I also mentioned an idea I had for a canon-making card-game (yes, inspired by Gen Con). It could have cards representing books which you and your community use. You need to make the case for their inclusion. Other players have different cards. You need to try to get as many of the texts represented by the cards in your own hand into the canon. Some cards will be very common, some will be rare. You can simply discard a card and draw another two – whether because you have a duplicate and that will cost you points at the end, or because you have one that you cannot persuade others to embrace. But there is no guarantee that the new cards you draw will be better.

You then use information on the cards – and online research as well, perhaps? – to try to argue for your canon, forging allegiances with others, but also hoping that in the end your hand of cards will be match the final canon list more closely than anyone else’s.

I could see a game like this helping to convey the extent to which politics, compromise, and consensus-building were major factors in the development of the canon.

Any thoughts on my idea to develop a game to help teaching about the canon – not its final contents, but the processes that led to canons taking the shapes they did?

Of related interest, see why Zack Hunt wishes that the Bible had never been written…down.

August 11, 2015 Bloggers' Dinner at AAR/SBL in Atlanta
Recent Comments
15 Comments | Leave a Comment
"Trump is in office to teach people a lesson what they learn from that is ..."
Brianna LaPoint Trump’s Blasphemies
"Listening to your podcast now! Laura and Ian have already been inundated by the mythicists ..."
Chris H Let’s Talk About Jesus
"Of course. But I think supercessionism is worse than baptizing paganism."
robrecht The Aims and Ending of Luke-Acts
"Oh yes, the Fall has come. But it's the Israelites he thinks he's a true ..."
Mark The Aims and Ending of Luke-Acts
Browse Our Archives
get the latest from
Religion Prof: The Blog of James F. McGrath
Sign up for our newsletter
POPULAR AT PATHEOS Progressive Christian
1