Doctor Who: The Girl Who Died

I apologize for taking so long to get to blogging about the most recent episode of Doctor Who, “The Girl Who Died.” The episode was full of everything that I love about Doctor Who – silliness, serious reflection, connections with earlier episode, and religious themes. Spoilers ahead!

Many fans have been waiting for a key moment in this episode – the snapping of the sonic sunglasses. Many will be glad to see the last of them – although I suspect that the Doctor may still be able to fix them…using his sonic screwdriver. 🙂

The episode is full of interesting details for those interested in the intersection of religion and Doctor Who. The Doctor finds himself among vikings and so pretends to be Odin, only to have a big face appear in the sky behind him, also claiming to be Odin. The Doctor then admits that he lied, but emphasizes that the voice from the sky also lied, because the one thing gods never do is actually show up.

The discussions of the Doctor’s values, and the rules of time travel, are also poignant at times. I particularly liked when the Doctor says that it is OK to make ripples but not tidal waves, and Clara tells him that he is a tidal wave. The Doctor later says that he can do anything, there is nothing that he can’t do, but he is not supposed to. He then declares his intention to save Ashildr, and says that if anyone is listening and has a problem with that, “to hell with you.” He then uses a “repair kit” to bring her back – but since the repair kit will never stop working, he has not merely raised her to the dead, but raised her to potentially endless life. Particularly striking is when he gives her a second repair kit, because “Immortality is not living forever, it is everyone else dying,” and at some point she may find someone that she cannot stand to lose. Even though the introduction of the “repair kit” is a resurrectio ex machina, there is a plausible reason why the Doctor hasn’t used one before, and it allows for the exploration of interesting topics, such as immortality, loss, omnipotence, and resurrection. 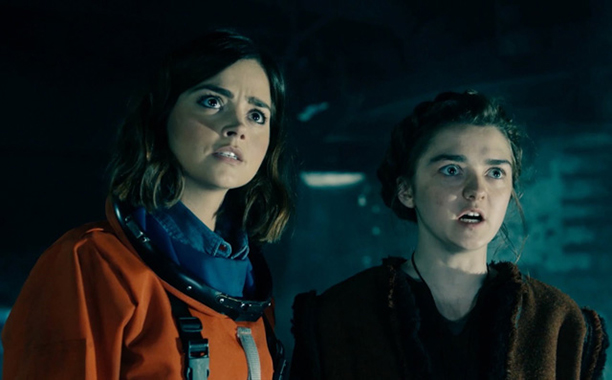