Doctor Who: Under the Lake

Tonight’s episode of Doctor Who upped the ante for cliffhangers, with something that I don’t think we’ve ever seen before in all the show’s more than 50 years of history. SPOILERS AHEAD! 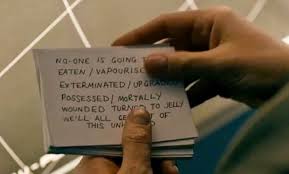 The episode begins with some classics of Doctor Who: A crashed alien spacecraft at the bottom of a body of water on Earth. Mysterious writing. Ghosts. Humans in peril. A base under siege. Figuring out what is really going on. Even the Doctor’s approach to the situation hearkens back to the show’s earliest days, when the Doctor’s curiosity made him willing not only to take risks but to push others to do so as well.

And so how do you make this fresh and exciting? In one sense, Doctor Who has managed to do slight variations on these themes while still being enjoyable.

The Doctor works out that the ghosts are a result of some mechanism to turn humans into transmitters, relaying coordinates through the repeated phrase, “The dark. The sword. The forsaken. The temple.” The latter apparently refers to a church on the former army base which, now flooded, is the location of the episode. Churches have been a focal point at many points in the past, often with the symbolism having some significance.

What was genuinely new was the cliffhanger, ending with the Doctor having gone back in time, and this resulting in one more ghost being around that wasn’t before, presumably because someone had died on the trip back – and then we see what looks like the ghost of the Doctor! While we’ve seen the Doctor apparently dead as a cliffhanger more than once, am I right that this is the first time we’ve seen him as a ghost? I hope that the resolution to this is at least a bit more satisfying than the way Missy and Clara survived “maximum extermination” last week.

I liked the comforting cue cards that Clara had apparently had the Doctor prepare in order to at least appear more empathetic towards humans in terrifying circumstances.

The Doctor’s excitement at encountering entities that challenge his view of the universe is a wonderful testament to what serious scientific and/or spiritual exploration ought to look like. Reality is greater than what any one of us has perceived. When we are asked what is going on and must respond with “I haven’t a clue” if we are to be honest, then hopefully we can learn to respond as the Doctor did, by adding “Isn’t it exciting?”

What did you think of this episode? 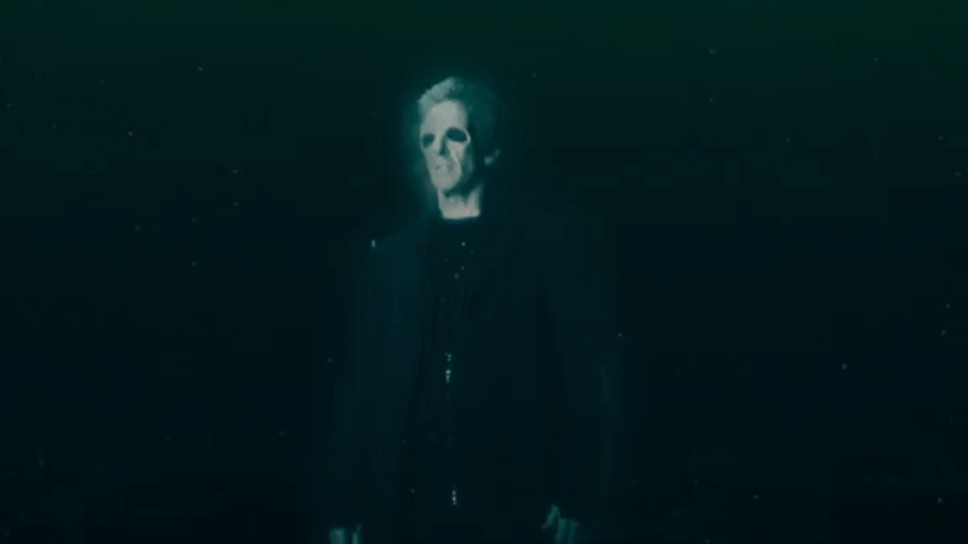 October 4, 2015 2 Timothy 3:16
Recent Comments
1 Comment | Leave a Comment
Browse Our Archives
get the latest from
Religion Prof: The Blog of James F. McGrath
Sign up for our newsletter
POPULAR AT PATHEOS Progressive Christian
1