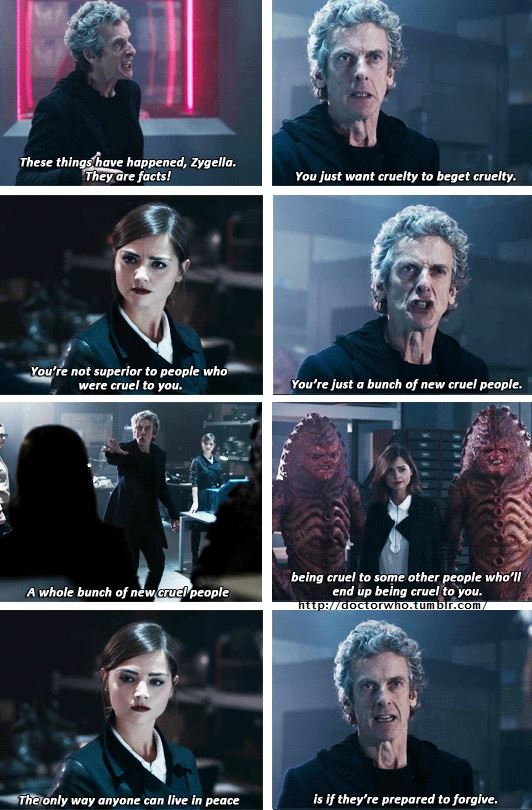 Cruelty begets cruelty. It doesn’t matter if you learn this point from Jesus, the Doctor, or somewhere else. Figuring out how to overcome evil not by repaying evil with evil, but by breaking the cycle of violence, is so hard that it seems impossible. But there is no other way.

Focus on God's Creation for Your Lenten Journey
How can For the Beauty of the Earth be used as a...
view all Progressive Christian blogs
What Are Your Thoughts?leave a comment
Copyright 2008-2020, Patheos. All rights reserved.