Allan Bevere wrote a blog post highlighting the problem of the fundamentalist who rejects one kind of fundamentalism merely to replace it with another. He writes:

So, how can you tell if you are a re-formed fundamentalist of some stripe? There is currently no diagnostic test available, but allow me to offer some test questions that might indicate you have the affliction:

1. When you read something on a blog espousing a view akin to your former days, do you comment, not in reasonable fashion, but in anger and disdain for the view expressed.

2. When you hear an idea or a belief being expressed that is comparable to what you used to believe, do you first roll your eyes before considering the substance of what is being said?

3. Are you more interested in getting your now “enlightened” view across to the other person whom you hope to reform, than serious engaging what you have already decided is nonsense?

4. When you think about the views of the “other” are you angry before reflective?

5. Do you truly believe (be honest here) that those who do not share your views are stupid and/or immoral?

6. Do you get more joy out of insulting those who still hold to their “unreformed” views then engaging in serious discussion?

7. Do you find yourself having trouble getting to sleep at night thinking about all those evil people who are still caught up in their ignorance that you formerly held?

8. Do you see your assault on the ignorant perspectives of others as an issue of justice?

9. Do you only read books from authors who basically share your convictions?

10. Have you answered “yes” to several of these questions, but are still convinced that the label “re-formed fundamentalist” cannot refer to you?

Click through for his suggestions on how to avoid this pitfall. He does offer a cure! 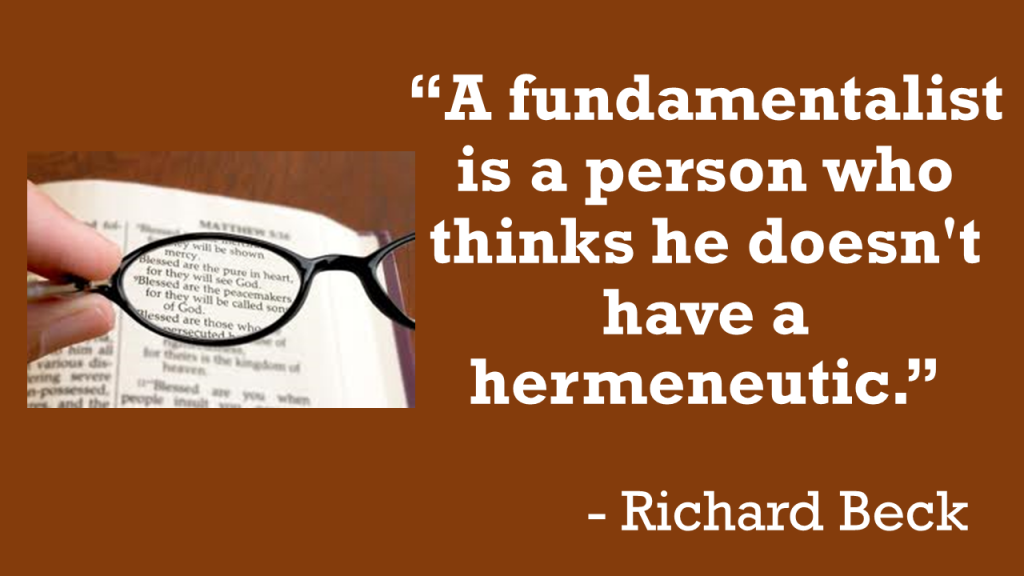 November 6, 2015
The Bible as Love Letter from Kierkegaard
Next Post

November 8, 2015 Interpolation Mythicism
Recent Comments
16 Comments | Leave a Comment
Browse Our Archives
get the latest from
Religion Prof: The Blog of James F. McGrath
Sign up for our newsletter
POPULAR AT PATHEOS Progressive Christian
1