Whataboutism and Christianity are Incompatible

If you have ventured to offer any hint of criticism of Donald Trump, or of the Capitol insurrectionists, or Fox News, or anything else that is ideologically similar, you will have heard these sorts of retorts. “What about BLM protests? What about Clinton? What about mainstream media? What about…? What about…?”

The rhetoric of Trump-supporting conservatives online has increasingly fallen into predictable patterns, with few if any more frequent and widespread than the use of the logical fallacy tu quoque, known more popularly as “whataboutism” because it is an attempt to deflect criticism by saying “your side has done bad things too.” The reason this is a fallacy is that it simply deflects the criticism, rather than addressing its substance. The fact that no one is perfect doesn’t meant that we let people literally or metaphorically get away with murder. (See the several articles that have made this point in relation to Ravi Zacharias.

I would like to challenge politically conservative Christians to insert this tactic into some Gospel stories.

Jesus said to the man, “Go sell all you have and give to the poor, and come follow me.” The rich man said, “What about Zacchaeus? He didn’t sell everything and follow you?”

“Woe to you scribes and Pharisees, hypocrites!…” The Pharisees replied, “What about the Sadducees, not to mention your own followers who…?”

Jesus said, “Turn the other cheek.” His hearer replied, “Is that what Peter did with his sword in the Garden of Gehsemane?”

Hopefully this rather absurd activity, even in just a few examples, makes the point. Jesus didn’t teach his followers to deflect attention from the beams in our own eyes by saying “what about the specks in yours?” He taught the opposite, to look inwardly first to address honestly what we do wrong before Venturi to criticize others. This seems to be yet another example of Christian nationalists and the like inverting the teaching of Jesus while insisting they are his most faithful followers.

To be fair, on the other side of the spectrum the tendency is also to deflect criticism by a different yet parallel means. “Don’t judge,” they say. This too departs from the New Testament’s emphasis on being self-critical first and foremost, and then having resolved your own issues or at least improved, then you might be in a position to teach others and offer critical evaluation of them).

If your instinct is either to say I should stop judging you, or to ask “what about” what I do, you’re right on either or both counts. Yet hopefully I have made the case for why these comeback lines are themselves indications that you should be looking inward and seeking to avoid responding this way in the future.

If you’re still not entirely clear as to why, let me explain at a childlike level. Two wrongs don’t make a right. And someone else being wrong doesn’t demonstrate that you are right.

I hope that in the coming weeks and months Christians, however they vote, can stop covering up points of disagreement and using social media to attack others and deflect criticism  Treat others as you want to be treated ought to be sufficient. But when life is hard and days are cold, sometimes more needs to be said. 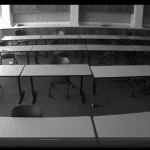