Gets The Last Word, The Dark Side Does Not

Gets The Last Word, The Dark Side Does Not November 22, 2015 James F. McGrath 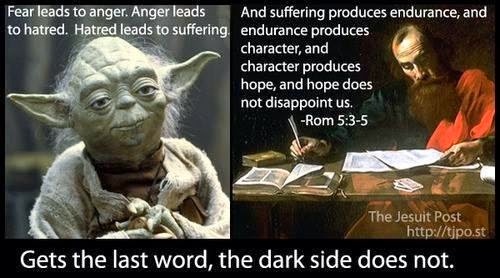 As I was preparing the PowerPoint for my conference paper which I read yesterday, I looked for one that featured the famous quote from Yoda on the left. I didn’t expect to find it paired with a quote from Paul’s letter to the Romans. It was interesting to see these two sets of texts brought into conversation with one another, especially as I was finalizing my own thoughts on what Biblical scholars can learn from comparing the two.

Presumably the same people that like the above will also want to get themselves one of these shirts: 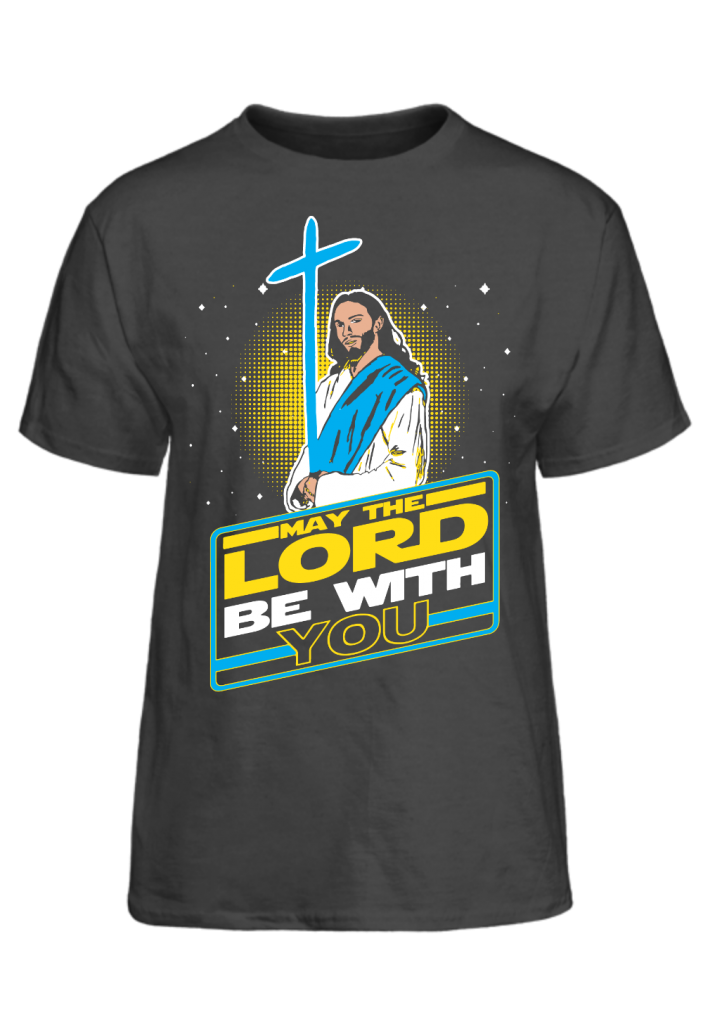 November 21, 2015
Metacriticism of Biblical Scholarship at #AARSBL on Saturday Afternoon
Next Post

November 22, 2015 The Final Blogger Session #AARSBL15
Recent Comments
0 | Leave a Comment
Browse Our Archives
get the latest from
Religion Prof: The Blog of James F. McGrath
Sign up for our newsletter
Books by This Author Books by James F. McGrath