How The Terrorists Win 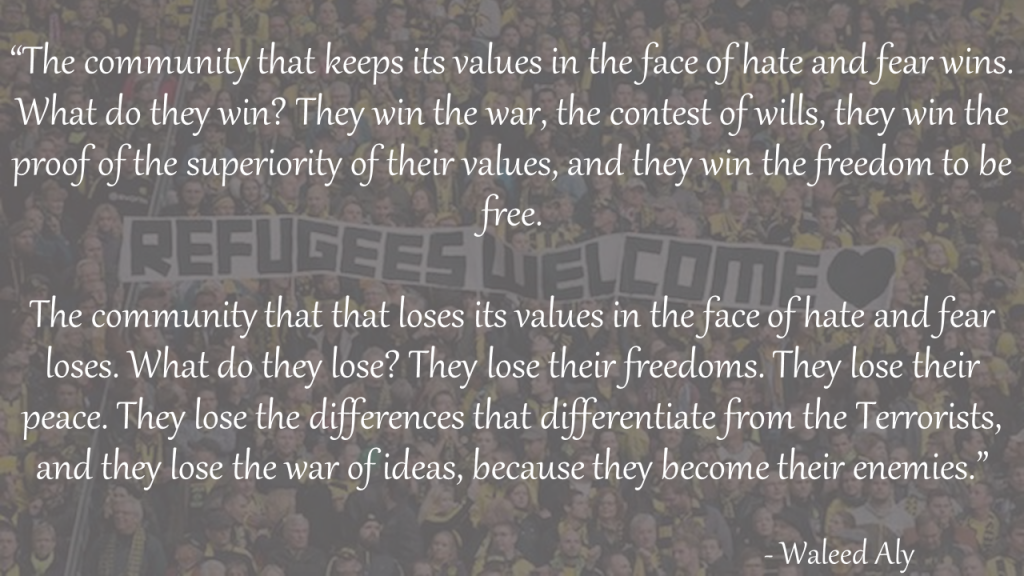 This thought from Waleed Aly was shared by J. K. Doyle:

Terrorism is, above all, a test of character for the community that suffers at the hands of terrorism. The very worst people in the world have come to take away our humanity. What are we going to do about it?

The community that keeps its values in the face of hate and fear wins. What do they win? They win the war, the contest of wills, they win the proof of the superiority of their values, and they win the freedom to be free.

See also Don Burrows’ post “Kicking the Samaritan” which makes the same points as the tweet below even just through its title. 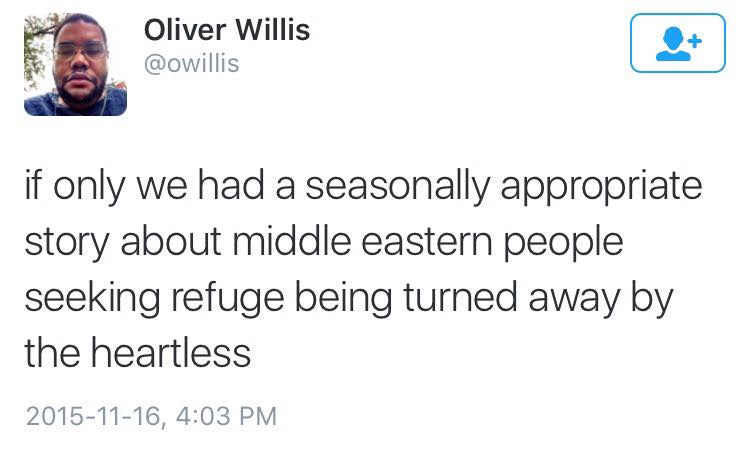 And if you haven’t seen it, don’t miss the article about what one journalist learned from interviewing captured ISIS fighters.

Finally, here it the video that the quote from Waleed Aly comes from:

November 18, 2015 All It Takes Is One
Recent Comments
12 Comments | Leave a Comment
"Probably the same religion that brought us public schools, mass public hospitals, the scientific revolution, ..."
Chris H Michele Bachmann Cites Famous Social Justice ..."
"I wonder what religion it was that was responsible for the genocide of the Native ..."
Hutchins Michele Bachmann Cites Famous Social Justice ..."
"It isn't necessarily the case that her name was "changed" any more than "Saul" was ..."
James F. McGrath What Jesus Learned from Junia
"Have you by any chance had occasion to read the book, and perhaps now be ..."
James F. McGrath What Jesus Learned from Junia
Browse Our Archives
get the latest updates from
Religion Prof: The Blog of James F. McGrath
and the Patheos
Progressive Christian
Channel
POPULAR AT PATHEOS Progressive Christian
1