Magic Bowls at #AARSBL15 in Atlanta

For those interested in Judaism, Mandaeism, Late Antiquity, ancient magic, Aramaic, and any number of other topics, there are two sessions at AAR this year that you ought not to miss. One is the Traditions of Eastern Late Antiquity session, about which I’ll include details further below. But the other is a session which will feature some actual magic bowls on display. I’m concerned that some might miss this rather unique opportunity, and so I thought I should highlight it here on my blog. Here are the details:

During Late Antiquity in Babylonia, under Zoroastrian-Sassanian rule, a variety of different faith communities shared a ritual to expel demons from their domestic environments. Although there are few clues as to the actual process, inscribed earthenware vessels were deliberately buried in thresholds, interior rooms, and cemeteries from the 5th-late 7th Centuries CE. Over 2000 examples of ceramic vessels with texts (almost all bowls, with an amphora and a goblet) have been unearthed since the late 19th Century. Thus far, only a few hundred have been translated and published. 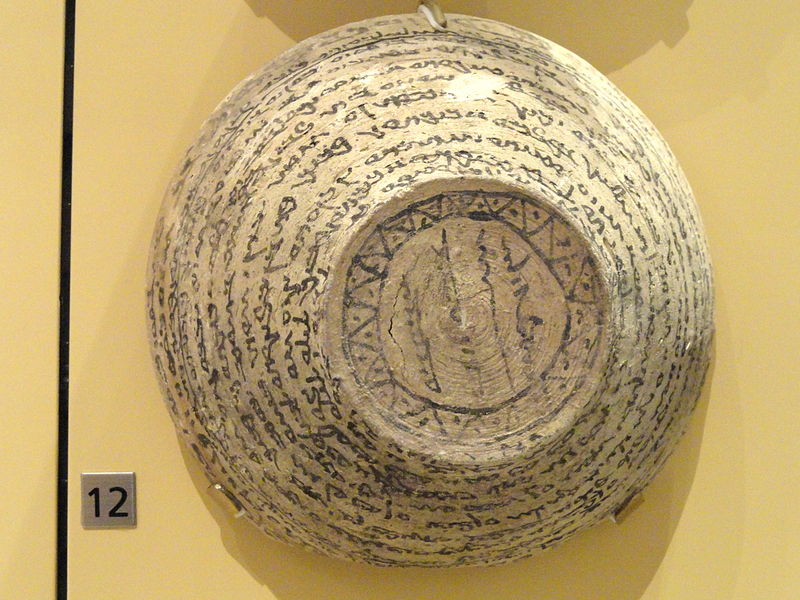 The predominant script used on these “magic” bowls is Judeo-Aramaic, used mostly by the literate Jewish community of the time. Other scripts are also in evidence: Mandaic from the religious group, Mandaeans, and a few examples in Syriac from the Christian community. Also found were “fake” bowls that have scribbles instead of actual text perhaps indicating illiterate magicians and/or illiterate clients!

Once all of these groups lived together and shared a ritual that might just help today: expelling the demons that plague us all.

The bowl texts name specific clients, representing all of the religious groups, seeking respite from discord. In many cases, the inscriptions address specific demons suspected of causing strife The singular bowls were then buried inverted. There is another category of bowls that seems somewhat distinct. Two bowls of the same diameter and rounded on the bottoms, with similar texts spiraling inside each of the pair, were fixed together with bitumen (asphalt) and cord. The texts of these are curses requesting that the evil acts return upon the perpetrator. Dan Levene, a prominent British scholar working with these artifacts, hypothesizes that these are not aimed at demons, but instead at a particular human who was manipulating the evil actions at the client.

Past and present, human communities share similar anxieties. The list might include disease, dangers in childbirth, loss of livelihood, familial discord, war, famine. One might add arrogance, violence, senseless hatred, hypocrisy, stupidity, and malice to our contemporary anxieties. As artists and scholars, we view the ancient act of sharing a ritual across faith traditions as one worth reconsidering for the present. And so we present this exhibition and storytelling performance as a beginning of this reconsideration.

And here are the details about the TELA (Traditions of Eastern Late Antiquity) session:

This session provides a place for a variety of papers and scholars to meet who are interested in the diversity of religious community in the Late Ancient East (Eastern Roman Empire through China).

Don’t miss the two other TELA co-sponsored sessions too:

Friday – 1:00 PM-3:30 PM
Marriott-M104 (Marquis Level)
Emran El-Badawi, University of Houston
Law and Tradition in the Long Seventh Century (570-705): Between Qur’an and Church Canon
Walter Ward, University of Alabama, Brimingham
The Pre-Islamic Image of the Word “Saracen” and Its Implications for Early Christian and Islamic Interactions
Cecilia Palombo, Princeton University
“Why Do the Rabbis and Religious Authorities Not Forbid Them from Uttering Sinful Words?”: Qur’anic and Late Antique Attitudes towards Religious Scholars
Mushegh Asatryan, University of Calgary
Is Ghulat Religion Islamic Gnosticism? The Shi’ite “Extremists” of Early Islamic Iraq

Disaster and Christianization: The Earthquake of 363 CE and the Christianization of the Cities of Roman Palestine
Adam Bursi, Cornell University
“Sprinkle the Place with This Water”: Christianization and Islamification of Religious Space in Late Antiquity
Rebecca Falcasantos, Providence College
By the World Forgot: Sabbatians and the Manipulation of Memory in Fifth-Century Constantinople
John Zaleski, Harvard University
Forming a Muslim Understanding of Celibacy: The Case of al-Junayd al-Baghdadi

Jessica Lee Ehinger, University of Oxford
Living and Dying a Christian under Islam: Martyrologies and the Islamification of Late Antique Palestine 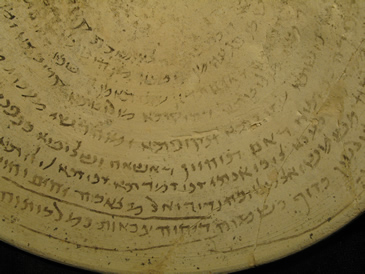 November 17, 2015 Nones and Mystics
Recent Comments
0 | Leave a Comment
"Under the old covenant (ten commandments), people were (and still are) racists and sexists. For ..."
Herrnhut Was Jesus a Racist?
"Reconciliation is a two-way street, restoring a broken relationship between two people. God does indeed ..."
Iain Lovejoy Forgive Us Our Debts, Not Repay ..."
"Excellent. God is not, and does not want to be, an accountant; keeping a ledger ..."
Harvey James Johnson Forgive Us Our Debts, Not Repay ..."
"Don't confuse forgiveness with reconciliation. Jesus tells us to forgive people who sin against us, ..."
Derek Thompson Forgive Us Our Debts, Not Repay ..."
Browse Our Archives
get the latest updates from
Religion Prof: The Blog of James F. McGrath
and the Patheos
Progressive Christian
Channel
POPULAR AT PATHEOS Progressive Christian
1