John Loftus summarized a list provided by Sean Carroll of six arguments that are used by science denialists:

The six arguments used by science denialists aim to:1) Cast doubt on science.2) Question the motives and integrity of scientists.3) Magnify disagreements between scientists, especially to cite gadflies as authorities.4) Exaggerate the potential harm coming from science.5) Appeal to the need and value of personal freedom.6) Object that accepting science repudiates some key point of philosophy.

These are a slightly different version of a list I shared here last year (I’ll include the image again at the bottom). They work every bit as well for history denialism and other sorts, do they not? Here’s a list for mythicism:

The form #5 takes in relation to mythicism is particularly interesting, and fresh in my mind. I’ve been told more than once something along these lines: “Consensus isn’t an argument, I can make up my own mind, and if I evaluate the evidence differently than professional scholars, the problem is with your presentation of the evidence, not my understanding.” Most recently it was in a Facebook group, by someone who actually claimed that the Jesus Seminar disbanded (!) because they didn’t find any authentic sayings. I kid you not, someone really claimed that. And another person thought Carrier’s view of Philo is plausible, and so has clearly only read Philo as quoted in Carrier’s book.

A commenter on Larry Moran’s blog objected to my use of “denialism” in relation to mythicism. But the shoe seems to fit very well, does it not? 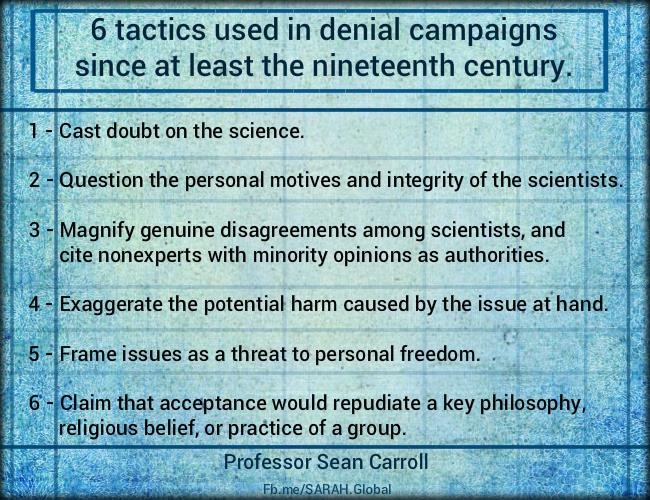 November 16, 2015 Magic Bowls at #AARSBL15 in Atlanta
Recent Comments
5 Comments | Leave a Comment
Browse Our Archives
get the latest updates from
Religion Prof: The Blog of James F. McGrath
and the Patheos
Progressive Christian
Channel
POPULAR AT PATHEOS Progressive Christian
1