The Contradictory Dates for the Birth of Jesus

The Gospels of Matthew and Luke tell stories about Jesus’ birth and infancy with incompatible details. The geographical movements cannot be reconciled. In Matthew they are from Bethlehem and want to return there, and only go to Nazareth when they fear Herod’s son Archelaus. In Luke they are from Nazareth, go to Bethlehem and within a couple of months of Jesus’ birth they are back in Nazareth by way of Jerusalem. The census under Quirinius that Luke connects with the birth of Jesus is a famous event that occurred after Herod’s son Archelaus was deposed. There is, to put it bluntly, no way that Jesus could have been born before Herod the Great died and after his son was deposed, no matter how one compresses or tries to adjust the lengths of reigns or specific dates. Some apologists try to posit a second time that Quirinius was legate of Syria, which is not inherently inappropriate, but there is a definite problem: we know a great deal about the governors of Syria and the life of Quirinius. There is a time period when we don’t know who was governor of Syria, but during that time we know what Quirinius was doing, and it wasn’t that. And so you should be wary of apologists who try to force things to fit their presuppositions about what scripture is and is not allowed to say, and yet who are not intimately acquainted with the relevant area of history in detail.

I made a video (a TikTalk) about this topic and shared it on YouTube here:

On a related note, as someone who engages with mythicism and other forms of pseudoscholarship online, I found this news from Australia that John Dickson shared truly astonishing. According to the article, many Australians are uncertain whether Jesus was a historical figure. I would really like to know more about how the question on the survey that this news article is reporting about was worded. The Jesus of the Gospels is heavily mythologized, and he becomes even more so thereafter. If people were asked about Jesus without further clarification, they may have answered in ways that are then turned into a category on a chart that gives an impression different than what they intended. It is hard to believe that such significant numbers of people in Australia deny the conclusions of mainstream secular historical investigation.

Here is a link to the NCLS article about their survey results. Lionel and Bronwyn Windsor responded to this, but not in a way that I think is ideally suited to those with genuine doubts and questions about this topic.

Elsewhere, Valerie Tarico added a second part of her discussion of Jesus and others, helpfully asking whether they are largely legends (a view held by mainstream historians) rather than pure fiction (a really fringe view). I still can’t fathom why she continues to foreground people with no relevant expertise like David Fitzgerald when there are so many historians and scholars who are genuinely worth talking to about the subject. At any rate, read her blog post here if you’re so inclined:

Also related, I continue to wonder why people accept what John Shelby Spong wrote as though it reflects mainstream scholarship. His idea of  what “midrash” was is hopelessly wrong and has contributed to (and/or been influenced by) a significant amount of mythicist thought. This comes up in a guest post on Bart Ehrman’s blog here:

On Misreading The Gospels: Platinum Guest Post by Joel Scheller

John MacDonald continues blogging about topics related to the historical Jesus and Christian apologetics, and kindly interacts with and links to my blog posts when he does.

On the infancy story in Luke, which is not historical but reflects the history and culture of that time, an older book confirms the claims made by Kenneth Bailey and others. The 1913 book
by Frederic John Scrimgeour, Nazareth of Today, is available online via Hathi Trust. 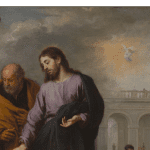