Baptism and Healing in John 5

Given how much of the Gospel of John reflects polemical interaction with followers of John the Baptist, I found myself wondering whether that might not be the case in John 5 as well.

The story in John 5 is puzzling because it seems to require the later insertion about an angel troubling the water to make sense. The story in our earliest manuscripts reads:

Some time later, Jesus went up to Jerusalem for one of the Jewish festivals. Now there is in Jerusalem near the Sheep Gate a pool, which in Aramaic is called Bethesda and which is surrounded by five covered colonnades. Here a great number of disabled people used to lie—the blind, the lame, the paralyzed. One who was there had been an invalid for thirty-eight years. When Jesus saw him lying there and learned that he had been in this condition for a long time, he asked him, “Do you want to get well?”

“Sir,” the invalid replied, “I have no one to help me into the pool when the water is stirred. While I am trying to get in, someone else goes down ahead of me.”

Then Jesus said to him, “Get up! Pick up your mat and walk.” At once the man was cured; he picked up his mat and walked.

Some manuscripts have in v4, after the word “paralyzed,” the following addition or something like it: “and they waited for the moving of the waters. From time to time an angel of the Lord would come down and stir up the waters. The first one into the pool after each such disturbance would be cured of whatever disease they had.”

Given that the Bethesda Pool was at least in later times an Asclepion (a place where the deity Asclepius was believed to heal through flowing water) it seems safe to assume that at times the water was in motion into or through the pool in question. Perhaps the story can make sense without needing to posit something like this addition, which most of us are so familiar with that it is difficult to not read the text with it in mind even if the inserted words are not present. The stirring of the water could be a reference to it being in motion when the dam is opened.

If that is plausible, then it may be that the author of the Gospel is highlighting the restrictiveness of John’s requirement that baptism be by full immersion in flowing water. A paralyzed man cannot easily undergo the ritual. This story may thus be connected directly to (and perhaps a variant version of) the story in the Synoptics about a paralyzed man let down into a house through a roof, where flowing water was not available. The man wants to undergo John’s baptism but cannot get into the water at the times when the dam is opened and the water is flowing. When the water is moving, the healthy occupy the steps and prevent him from entering.

The setting of the incident on the sabbath also connects with this. On that day of the week the work of opening sluice gates to allow water to flow into and through a pool would not be carried out. A sabbath day also prevented those without this man’s particular mobility issues to travel to a place of flowing water if they lived too far from one. I suspect that John’s baptism may have been motivated among other things by concern for equity of access to forgiveness. Those who lived far from the temple in Jerusalem (or Gerizim), and those who found sacrificial animals prohibitively costly, could afford to immerse themselves in flowing water (in Aramaic “living water”). Jesus applied that principle in a manner that may have seemed to John and most of his movement to run counter to the need for baptism. If someone was physically unable to travel to flowing water and immerse themselves in it, they needed to be forgiven and healed first apart from baptism in order to make baptism possible. Here too Jesus may have been following a principle behind John’s baptism to a logical yet subversive conclusion. People immersed in water before entering the temple’s sacred space, and that meant immersion had some power to deal with sin, since otherwise one’s sins would keep one from entering the place where atonement could be sought and achieved. By the same reasoning, some could never be baptized if they could not have forgiveness and healing extended to them first.

Perhaps this is what E. P. Sanders was picking up on when he detected a relative lack of focus on repentance and atonement in the teaching attributed to Jesus. It wasn’t that repentance or even baptism could be foregone, but that forgiveness could precede rather than follow those. God’s initiative in forgiving and atoning is of course a major element in early Christian writings.

Jesus presumably thought he was following John’s principles in making human exceptions. John may have worried that these exceptions undermined the rule and took the entire endeavor of his movement in a different direction.

I am pulling together  a lot of threads related to John the Baptist and Jesus here. Hopefully even without yet having spelled out the details of that bigger picture what I’ve written here will make sense. Does it, and does it seem plausible, perhaps even persuasive? Please do let me know your impression of what I have sketched out in very rough form here.

Here are a couple of recent posts about John the Baptist/baptism on other blogs:

Ian Paul, “John the Baptist, Jesus and judgement in Luke 3”:

John the Baptist, Jesus and judgement in Luke 3 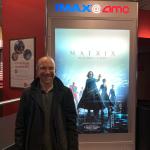