It has been funny to see what atheists have had to say about the Seven Tenets posted online by a Satanic Temple. You can read them below. What is interesting to me is the way these newly-minted tenets of a newly-minted religious group are used as a basis for mockery, saying something like “Look, Satan’s ethical code is better than God’s.”

That, presumably, was the point of creating them in the first place. But the whole enterprise is problematic, even as an attempt at mockery. The ten commandments are an ancient human invention, not a divine one. The same goes for Satan, who emerges from a figure with the title “the Accuser” (ha-Satan in Hebrew) and develops into a rebellious angel, before becoming a figure who stands as a symbol for individualist and capitalist selfishness in the hands of Anton LaVey, and more recently as a teacher of empathy and compassion in the hands of The Satanic Temple.

I am perfectly fine with people promoting empathy, compassion, concern for justice, freedom, and rejection of superstition.

What do you make of websites/religious movements like this one? And what do you think of what online atheist voices have had to say about it? Click through some of the links embedded in the first sentence of the post above if you missed the comments from Valerie Tarico, Hemant Mehta, and John Loftus, among others. And see too my 2011 blog post, “Are Atheists Basically Just Like Liberal Believers?”

As promised, here’s the graphic with the seven tenets discussed in this post: 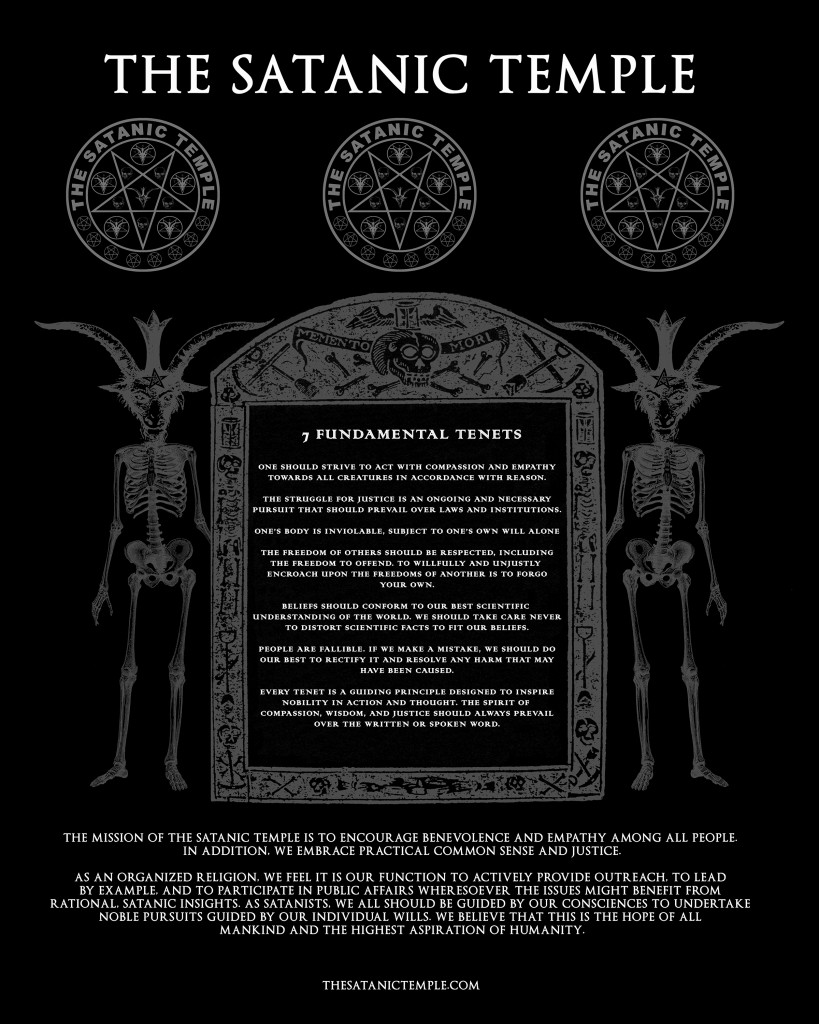