Making the World a Better Place 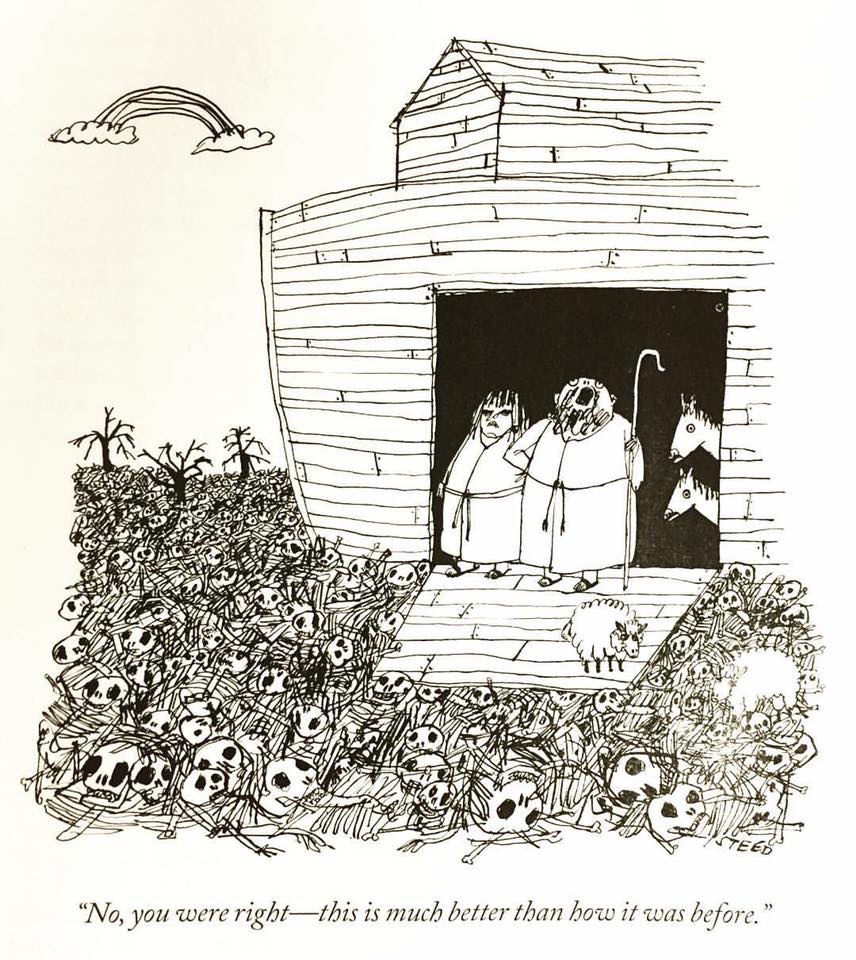 This New Yorker cartoon came to my attention via Hemant Mehta on Facebook. It often strikes me how few people notice the horror and brutality of the flood story in Genesis. It depicts God acting like an immature human being, one who would happily wipe out everyone else in order to have a bit of peace and quiet, or peace of mind, or whatever else it is that the self-centered person might desire. And that is not surprising, given that it is a reworking of a story about the gods trying to wipe out humanity because we had become too noisy.

Readers of the Bible need to be able to recognize when God is depicted in a manner that is a projection of humanity at its worst.

January 20, 2016 Two Corinthians
Recent Comments
1 Comment | Leave a Comment
"Wasn't even aware of it."
James F. McGrath Revisiting Mythicism
"Did you get a chance to read Carrier's recent rant against you? See https://www.richardcarrier...."
John MacDonald Revisiting Mythicism
"Would literalist Christians reject the contents of Q knowing that they originate with John the ..."
Barros Serrano James McGrath at AAR/SBL in Denver
"These sound awesome!"
John MacDonald James McGrath at AAR/SBL in Denver
Browse Our Archives
Related posts from Religion Prof: The Blog of James F. McGrath 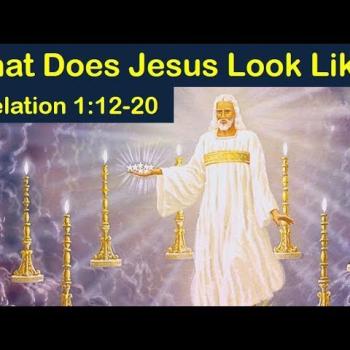