The Atheist Game of Telephone

A friend shared this meme, together with the comment, “Showing that whatever else atheists are, they are not students of history and historical criticism.” 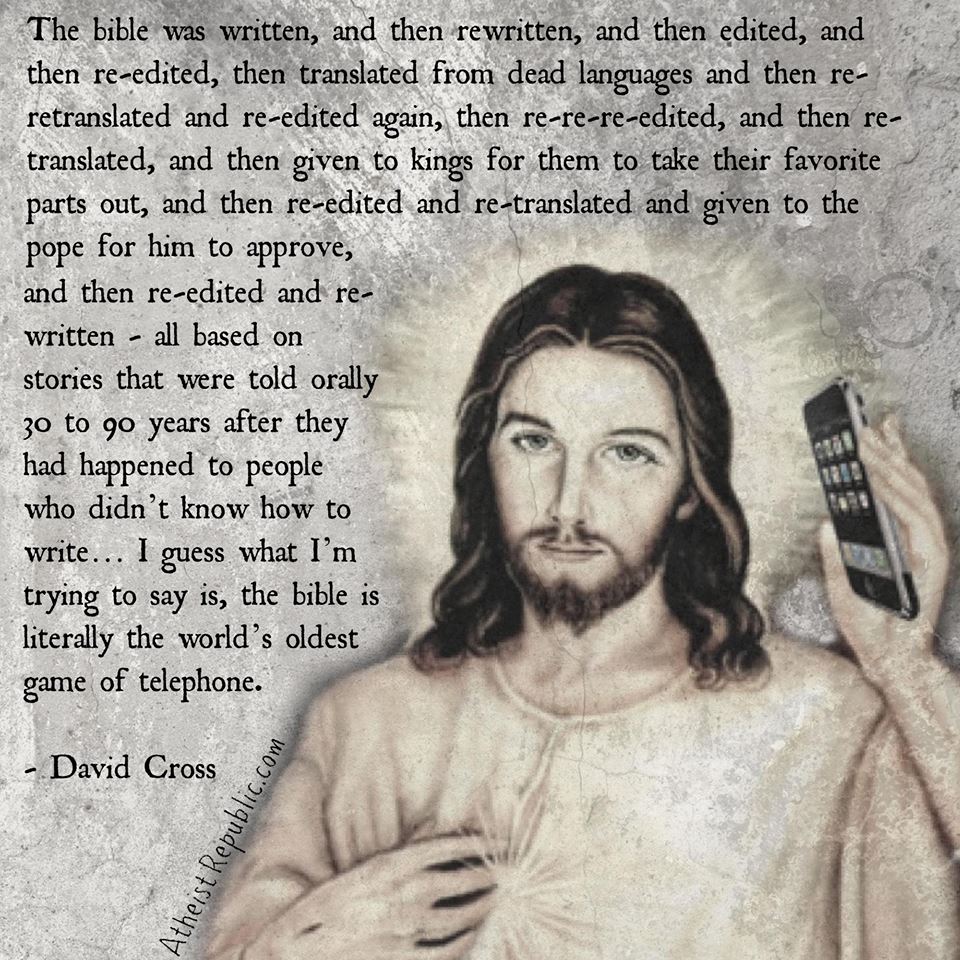 The irony is that the claims in the image above themselves circulate and circulate in the manner of the telephone game, among atheists and other self-proclaimed “skeptics” who are nothing of the sort, as they clearly fail to fact-check memes that come their way. Almost everything that is claimed in the image is wrong, or at least uncertain and open to dispute. Which kings had things removed? Which major mainstream translation today is a translation of an earlier translation? Paul didn’t write 30 years after the events in Jesus’ life, and if any New Testament source was written 90 years after the fact, it certainly didn’t do so in the absence of written sources, as should be self-evident.