The Real Difference Between Creationism and Mythicism 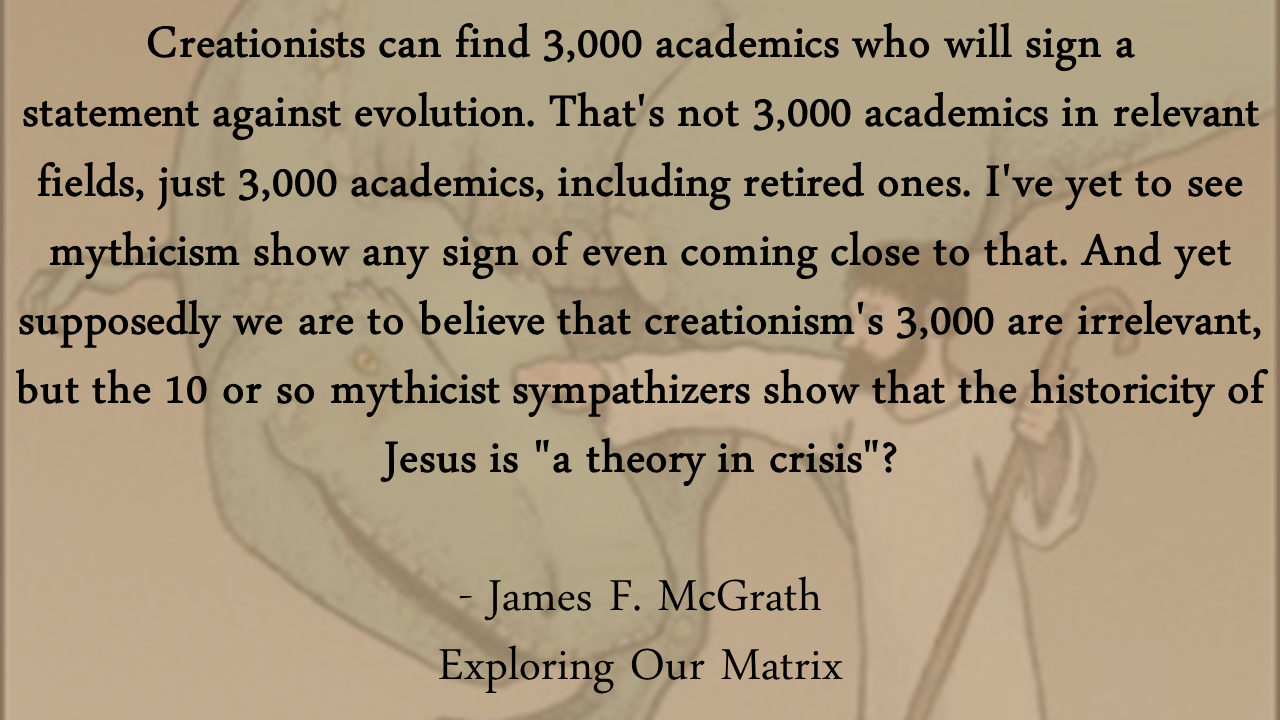 Creationists can find 3,000 academics who will sign a statement against evolution. That’s not 3,000 academics in relevant fields, just 3,000 academics, including retired ones. I’ve yet to see mythicism show any sign of even coming close to that. And yet supposedly we are to believe that creationism’s 3,000 are irrelevant, but the 10 or so mythicist sympathizers show that the historicity of Jesus is “a theory in crisis”?

I had the idea to make the above point a while back, when PZ Myers mentioned on his blog yet another appeal to a list of scientists who are creationists of some description, or who dissent from a particular way of describing the evolutionary process.

Mythicists often object to the comparison between mythicism and creationism, pointing out that the conclusions of the natural sciences are much more certain than those of historians. That is true – but it is not an argument in favor of mythicism. On the contrary, if there is greater room for interpretation and subjectivity in history than in biology, then it ought to be easier to find 3,000 or more academics who will dispute a historical conclusion.

Unless, of course, the evidence for that conclusion is considered so strong, and the alternative interpretations of the evidence so implausible, that there aren’t that many academics who would be willing to put their name on something that is, in the end, every bit as ridiculous as rejecting evolution, however different the fields in question may be.