I should probably have looked into this question more than I have up until this point. What is the meaning of the riddle in Mark 12, in which Jesus asks how the Messiah can be David’s son, when he is called David’s lord in Psalm 110? The question came up in the comments on my blog post about “Palm Sunday and History.”

The first question that needs to be asked is what makes the question a riddle. It is presented as a question that stumps or silences a subset of his audience. The puzzle is that the messiah is called “lord” by David, and yet ancestors are greater than their descendants as a rule in this context in which parents are lords and patriarchs are esteemed.

Some have understood the point to be that the messiah is not actually descended from David. But that does not fit the scenario or the Psalm well. Given the greatness of David and his dynasty, merely not being a descendant of David would not make one David’s superior, and might even make one inferior to one of his descendants!

Others have understood the point to be about the incarnation – the one whose origins are in heaven will by definition be greater than David, even if that one becomes incarnate as a human being who stands in the line of David’s descendants. The problem with this interpretation is that the Synoptic Gospels don’t view Jesus as the incarnation of a pre-existent divine being – unless one means the inspiration or possession of Jesus by God’s Spirit starting from his baptism. But even that does not solve the riddle, since David too was thought to be inspired by God’s Spirit.

But perhaps the riddle is making a simpler point than we’ve been allowing for, namely that the messiah, in order to merit being called “lord” by his illustrious ancestor, must be a figure who does not simply descend from David, but surpasses him in one or more ways. Jesus might here be addressing those who viewed the messiah as simply a human king, one who would restore the dynasty of David to the throne, and siding instead with those who – like the author of the Parables of Enoch – viewed the messiah as a far greater and more exalted figure.

Acts may provide confirmation of this. There Peter is depicted as preaching to the crowds and interpreting the Psalm, and contrasting Jesus with David precisely in terms of the former’s exaltation to heaven to sit at God’s right hand, after having been raised from the dead.

You may or may not be surprised to learn that there is good reason to answer “yes” to that last question. Jesus envisaged his twelve apostles judging the twelve tribes of Israel in the coming kingdom. The role that he foresaw for himself was presumably higher still. We should not be surprised that those texts which Christians applied to Jesus because they believed him to be the messiah, would have been applied by Jesus to himself because he believed himself to be the messiah or messiah-designate. 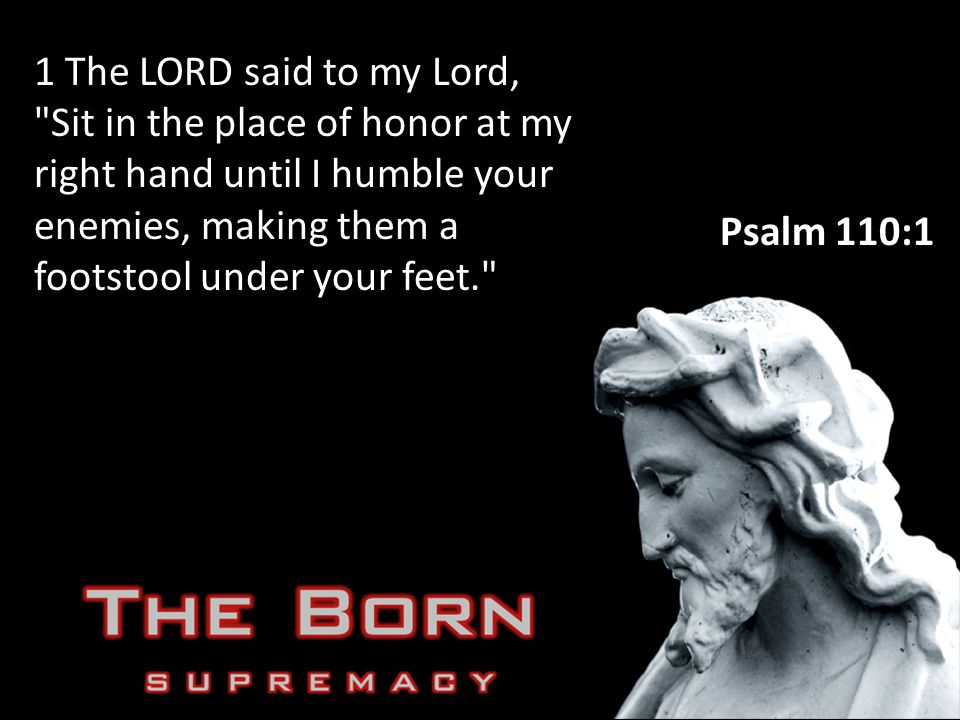 March 27, 2016 Jesus Christ is Risen Today (Special Version for 2016)
Recent Comments
5 Comments | Leave a Comment
Browse Our Archives
get the latest from
Religion Prof: The Blog of James F. McGrath
Sign up for our newsletter
POPULAR AT PATHEOS Progressive Christian
1