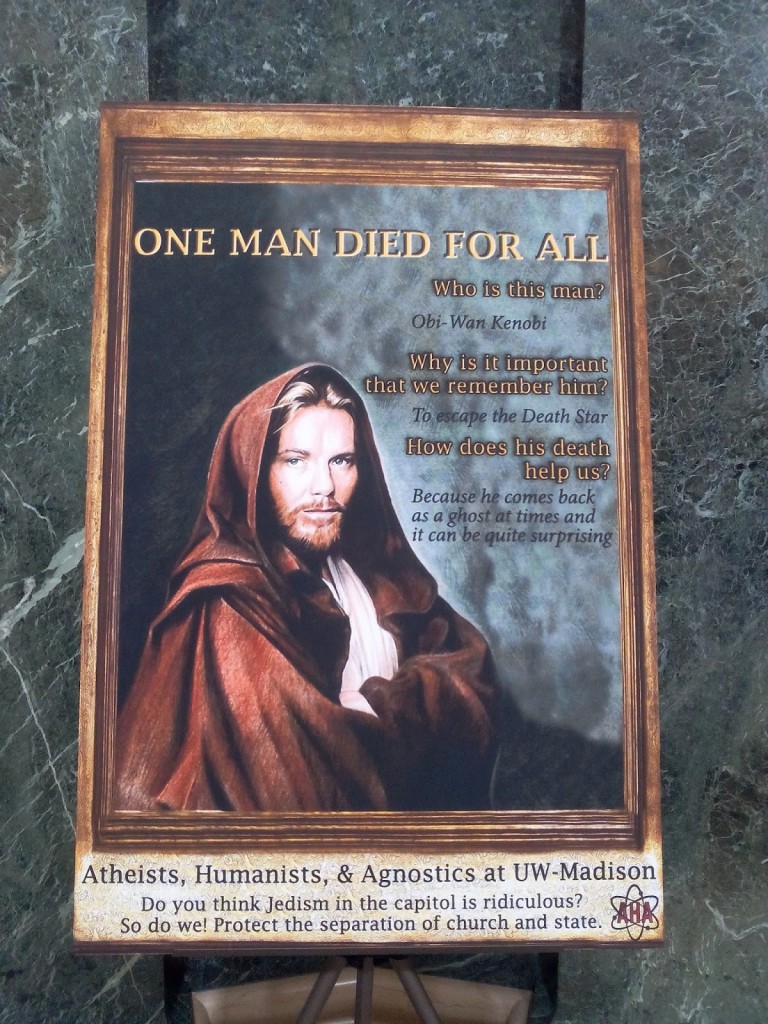 Hemant Mehta pointed out the above Easter display, set up in the Wisconsin Capitol Building as a form of protest over the other religious displays. It is clearly based on the flyer that I shared here previously. The fact that it relates to religion and Star Wars would be enough justification for sharing it. But I also think it is worth discussing the act of setting up this display for other reasons. There are plenty of Christians who support the separation of church and state – indeed, we Baptists were pioneers of the idea. Does a display like this that might be viewed as stemming from an anti-religious group help make the point about separation of church and state effectively? Or does it come across as an attack on religion which will in all probability prove counterproductive in some way?

March 27, 2016 David's Son, David's Lord
Recent Comments
3 Comments | Leave a Comment
"As I have emphasized in previous posts about this topic as well as in my ..."
James F. McGrath “To Your Tents, O Israel!” A ..."
"No it isn't Judeans....It's clearly a theological description - not an ethnic oneJohn 49 The ..."
Bones “To Your Tents, O Israel!” A ..."
"Your whataboutism is classic deflection of Israel's policies in the west Bank.You don't give a ..."
Bones Understanding Whiteness
"What a fabulous poster."
Scurra Christianity and Science Fiction Conference
Browse Our Archives
get the latest from
Religion Prof: The Blog of James F. McGrath
Sign up for our newsletter
POPULAR AT PATHEOS Progressive Christian
1