Without Using the Bible

Hemant Mehta shared this cartoon from The Atheist Pig: 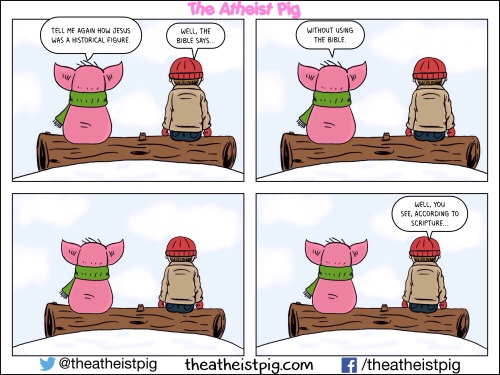 On the one hand, if the point of the cartoon is that one cannot prove a historical point simply by appealing to the Bible as authoritative scripture, then of course that is true.

But appealing to Paul’s letters, or other early Christian writings, which happen to have ended up as part of a collection known as the Bible, is not inappropriate if we are using them not as scripture, but as human texts which can tell us about what particular humans believed in a particular time period. And studied using the tools of historical inquiry, we can often determine whether the knowledge and beliefs of ancient authors is likely to correspond to historical reality.

To disqualify texts from use for historical purposes because they later became part of a collection known as the Bible makes as little sense as appealing to scripture to solve a matter of history – a discipline in which those texts may be the object of critical investigation, but in which no scripture is arbiter of what is or is not history.

Imagine if someone said “demonstrate that there was a historical Socrates, but without using anything written by his disciples.” That you would not be able to do so is not indicative of a problem with the evidence for a historical Socrates, but of a problem with the inappropriate constraints being imposed on you from the outset, in an attempt to derail the investigation.

The fact that some mythicists use this tactic shows how weak their standpoint is. If the only way to make your case is to trick people into agreeing in advance to exclude the most relevant evidence from consideration, your case must be really rather pathetic.

March 7, 2016
Craig Evans and Richard Carrier to Debate
Next Post 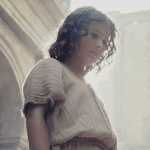 March 8, 2016 The Young Messiah
Recent Comments
279 Comments | Leave a Comment
Browse Our Archives
get the latest from
Religion Prof: The Blog of James F. McGrath
Sign up for our newsletter
POPULAR AT PATHEOS Progressive Christian
1