I am grateful to have had the opportunity (as part of the Patheos Movie Club) to see an advance viewing of The Young Messiah, a movie based on the novel by Anne Rice, the original title of which was Christ the Lord: Out of Egypt. The story begins with text suggesting that many Jews fled to Egypt during the time of King Herod, as he was an oppressive puppet of the Romans. That seems an odd suggestion, given that Egypt was under Roman rule. The story focuses on one year in the childhood of Jesus, when he was seven years old. It includes material inspired by extracanonical texts – Jesus is picked on by a bully, and when a girl who is Jesus’ cousin tells him to stop, the bully goes to chase her. A man standing nearby – whom we are given to understand is the Devil, as no one else can see him – causes the boy to fall and he dies. The girl tells Jesus to raise the boy, even as once before he had restored a dead bird to life. James is included in the movie, also said to be a cousin of Jesus. 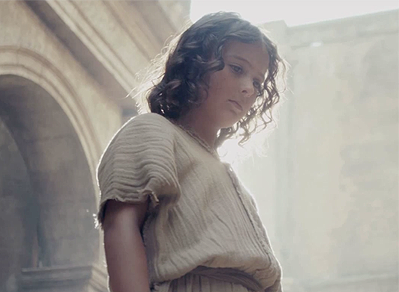 After Herod dies, Joseph decides it is time to go “back” to Galilee. As they travel, Jesus finds himself in the middle of an attempt by locals to ambush a Roman patrol (led by a centurion played by Sean Bean). We are also given opportunity to see Herod’s son plotting to kill the messiah, and mention of Sepphoris as the city where Mary was born. A particularly poignant scene is when Jesus’ family on their journey come across a place where the Romans are carrying out executions by crucifixion. Mary recites Psalm 23. Another beautiful scene is when Mary’s aged mother saves the lives of the freshly-arrived family of Joseph and Mary from Roman troops, by showing them hospitality and understanding – offering them good wine, but also recognizing that what they are there to do is a hard thing.

There is a moment when Jesus becomes ill with a fever, and he has a conversation with Satan. He tells Satan that he is never to touch him, and that he does not know what is going to happen. Satan calls Jesus “angel boy,” says his mother is a whore, and says that Jesus’ little miracles cannot save these people since chaos rules, and he (Satan) is its prince. Jesus recovers and he and his family goes to Jerusalem for Passover. While they are away, the Romans return looking for the boy who is seven years old and was born in Bethlehem. Mary’s mother Sarah is forced to give up the name of the child, Jesus bar Joseph, in order to save the life of the girl, Jesus’ cousin. While the family is traveling, James tells Jesus that he has hated him since before he was born. He tells him about his recollection of when Jesus was a baby, and three nobles came with gifts, calling Jesus a king. Soon thereafter, it begins to rain, and Jesus and his family seeks shelter in a cave – just in time to be hidden when the Romans show up looking for him. When the family turns back in fear, Jesus leaves them behind. James tells them that they should have seen it coming – they won’t give Jesus answers to his questions, and so it was inevitable that he would seek them in Jerusalem. When Jesus enters Jerusalem, a Roman soldier asks him his name, and when Jesus does not reply, a couple that is next to him says that he cannot speak, that he has been like that since birth, and the soldier lets them continue. Realizing that he is there on his own, the man and his wife give Jesus a couple of coins.

The depiction of the temple, and the buying and selling of animals, is striking. A woman haggles with a seller over a dove with a defect. Jesus buys it with one of the coins, and lets it go. Jesus then goes to Solomon’s Portico to talk to the rabbis. From one old blind rabbi, Jesus learns about the massacre of the infants in Bethlehem, and it brings him to tears. Satan, meanwhile, prompts the centurion to head towards the blind rabbi. The centurion sees Jesus there, but also recognizes that what he has to do should be done outside and quietly rather than in the temple amidst the Jewish crowd. But they are distracted by the fact that the rabbi who had been blind shouts that he can now see. Nevertheless, the crowd parts, and the centurion finds himself face to face with Jesus. The centurion asks him if he healed the rabbi, and he says yes. The centurion (whose name we learn is Severus) asks him who he is. Jesus knows somehow that Severus had been in Bethlehem, party to the slaughter there. Now, confronted with Jesus standing before him, sword drawn, Severus tells Jesus – and his parents who have now caught up with him – to go. Severus tells Archelaus that he killed Jesus, and as he leaves we see that he has kept a toy camel belonging to Jesus, which Jesus had dropped in the temple.

Towards the end of the movie, Mary finally tells Jesus about the events surrounding his conception. Mary explains that the angel is not Jesus’ father, God is. Jesus is puzzled, and points out that all are children of God. Mary explains that this is true, but that he is special. She counsels Jesus to keep his power inside him until his heavenly Father tells him it is time to use it. We then get a monologue from the young Jesus to bring the film to a close. Jesus says there is still so much that he does not know, but he thinks that his reason for living is, for the time being, to simply experience it all, even when it hurts. It isn’t clear whether that last detail is alluding to the idea of an incarnation, aimed at God experiencing what it is like to be human. The child is not even hinted at being divine. Indeed, the depiction of Jesus in the movie is fascinating, theologically speaking. Jesus is not omniscient, and finds out from others things even about his own past that he did not know. Jesus prays to God seeking guidance, with a sense of closeness but not in a way that another human being could not. Some religious people may bristle at my cross-referencing superman here. But there is a sense in which, just as stories about superheroes have often been inspired by the classic story about Jesus, this cinematic retelling of the story of Jesus will in turn remind viewers of superhero stories, in particular those in which a figure grows up to discover that he has powers that other people around him lack, and seeks to figure out both why he is different, and what his vocation ought to be in light of those differences.

Historians and scholars will have qualms about a number of the details about the context and timing. But the movie should not be judged on that basis. Issues with dates and motives are found in the sources, and so are bound to make their way into any story based on them or inserted into the spaces where stories are left untold. Judged as an exploration of the person of Jesus, the story is easy to appreciate, as one that looks at the impact of Jesus on those around him, but also those around him on Jesus. He is not simply a peacemaker, but we see the same skills in his grandmother and parents. And so the movie offers us a truly human Jesus, and yet also embraces the belief that life can be full of miracles – in a way that does not remove mystery or claim that even Jesus knew it all and had all the answers. Life is infused with divine power, but it emerges in glimmers spotted in the midst of chaos.

On the whole, I found the movie enjoyable throughout and profoundly moving in key moments. And so for anyone who is able to enjoy a good movie, a good story, without having it spoiled by nitpicking of historical details, this movie is one that I can highly recommend. But I also recommend that historians and scholars do that nitpicking, so that it is clear that this is a fascinating imaginative exploration of what the childhood of Jesus might have been like, and not a historical reconstruction, much less a depiction of “what really happened.” 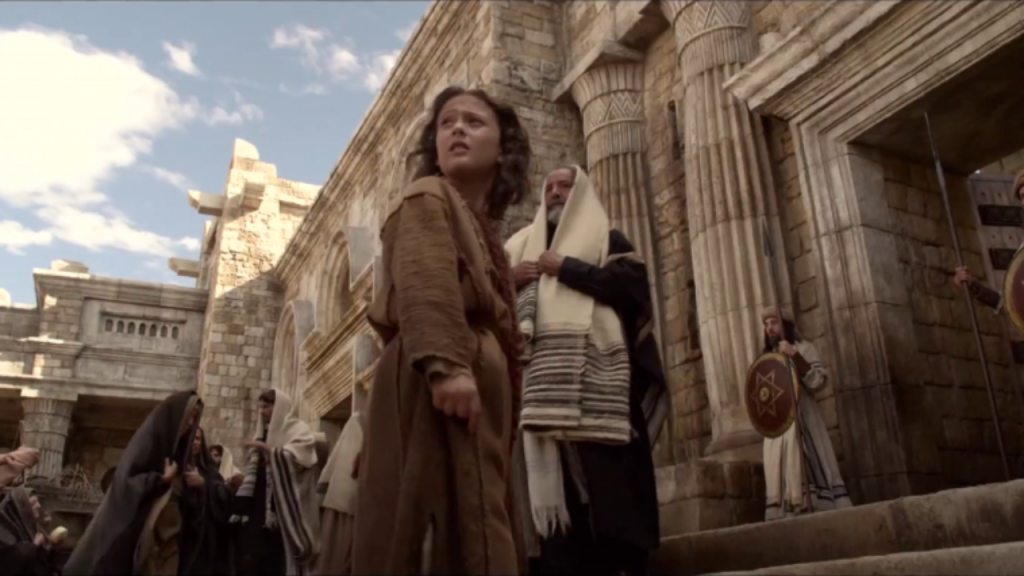 March 9, 2016 The Popularity of Young-Earth Creationism Explained
Recent Comments
13 Comments | Leave a Comment
Browse Our Archives
get the latest from
Religion Prof: The Blog of James F. McGrath
Sign up for our newsletter
POPULAR AT PATHEOS Progressive Christian
1