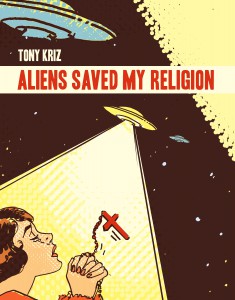 As I was looking for images that could serve as prototypes or inspiration for the cover design for my forthcoming book, Theology and Science Fiction, I discovered a book title that was proposed but not used by another author. Tony Kriz shared on his blog that his book Neighbors and Wise Men: Sacred Encounters in a Portland Pub and Other Unexpected Places was almost given the title Aliens Saved My Religion: How Religious Foreigners (Muslims, Atheists and Drunkards) Taught me the True Gospel of Jesus.

I actually have a section of my book that relates the Bible’s verses about “aliens” (meaning “foreigners”) to the science fictional sense of that term, since in turn many sci-fi stories about aliens are in fact attempts to say something about how we relate to the “aliens” who are from and on our own planet. 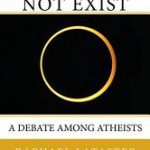 March 31, 2016
Can Mythicism Kill Your Scholarly Career?
Next Post

April 1, 2016 J J Abrams Working on Revised Editions of Star Wars Prequels!
Recent Comments
1 Comment | Leave a Comment
"As a foreigner looking at American politics, I'm bemused at how similar both sides are ..."
Harold Porter Prove It
"Thank you for pointing out that I hadn't finished that thought, or that something got ..."
James F. McGrath Warning Labels for Christianity?
"It's kind of a weird phenomena to try to pin down. Most people think it ..."
John MacDonald Prove It
"Dr. McGrath, thank you for this useful and interesting post. I must ask, was part ..."
Charles Ragland Warning Labels for Christianity?
Browse Our Archives
get the latest from
Religion Prof: The Blog of James F. McGrath
Sign up for our newsletter
POPULAR AT PATHEOS Progressive Christian
1