Consensus is Part of the Scholarly Method

An article in Real Clear Science highlighted that consensus-building is part of the scientific method. Alex Bezerow writes:

What holds all of this together — the inward tug of gravity in this analogy — is consensus. We often call it “theory,” but that’s just a different word for consensus. Every scientific field has a unifying theory: for biology, it is evolution; for chemistry, atomic theory; and for physics, quantum mechanics and general relativity. We could replace the word “theory” with “consensus,” and the meaning would essentially be the same.

Theories can, and do, fall apart. Phlogiston isn’t real. The Earth isn’t at the center of the universe. Maggots don’t spontaneously generate on rotting meat.

How did such theories collapse? … Observations no longer made sense. Predictions weren’t coming true. Hypotheses were shown to be wrong. Only a new consensus could pull it all back together again.

That’s how science works. The scientific method produces consensus. But, if enough contradictory evidence arises, the consensus falls apart. Eventually, it crumbles completely and is replaced by a new consensus. (For more on this concept, read Thomas Kuhn’s The Structure of Scientific Revolutions.)

In the meantime, for anybody who is curious about what the current consensus is in any given field, read a review article or meta-analysis. These articles combine the best, most up-to-date information, and they try to paint a picture about where the field is headed.

Click through to read the original in its entirety. While some details are different in the humanities, the principles and the main point hold true. 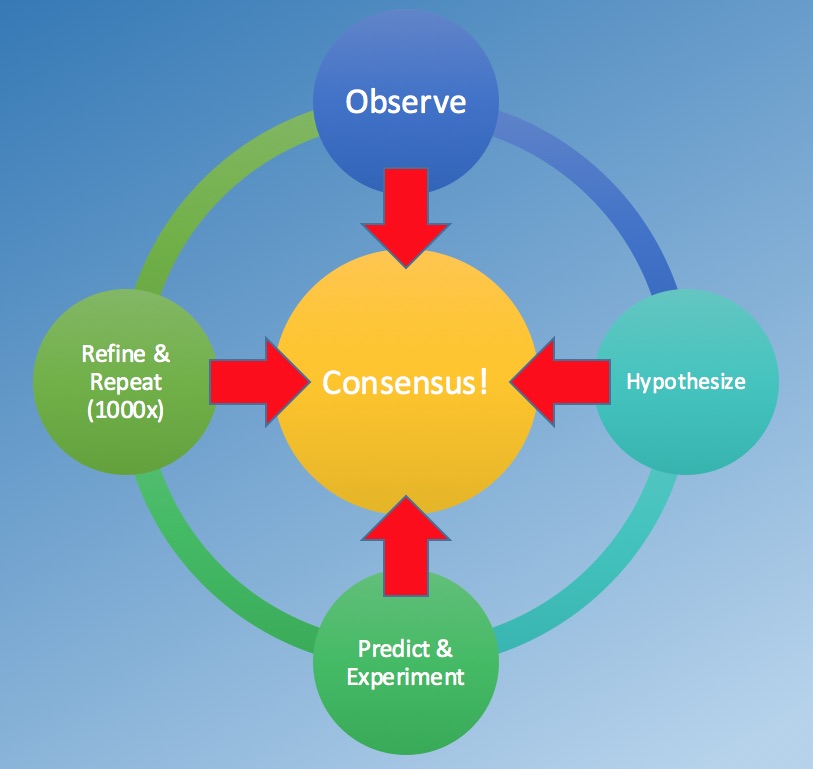 April 21, 2016 The Ultimate Star Trek and Philosophy: The Search for the Print Version
Recent Comments
25 Comments | Leave a Comment
Browse Our Archives
get the latest updates from
Religion Prof: The Blog of James F. McGrath
and the Patheos
Progressive Christian
Channel
POPULAR AT PATHEOS Progressive Christian
1