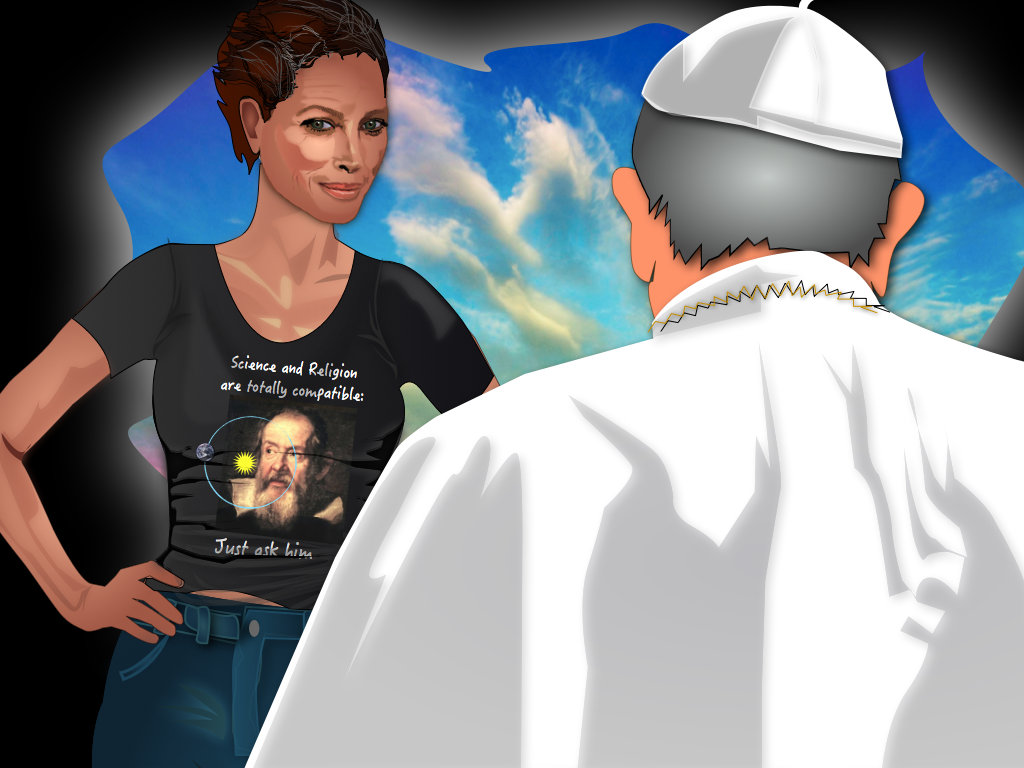 Pictoral Theology posted the image above, and I’m not surprised that Jerry Coyne thought highly of it. But both the creation and the approval indicate a disappointing level of misinformation about Galileo. Galileo was a devout religious person whose whole life and activity embody the compatibility of religion and science. He also embodied the same kind of confident arrogance and smugness that made enemies of those who disagreed with him, that one too often encounters among those who promulgate the myth that science is at war with religion.

Anyone who thinks that Galileo demonstrates that science and religion are incompatible must be truly and profoundly ignorant about even the basics about Galileo!

May 1, 2016
The Videofullest Biblical Studies Carnival Ever!
Next Post

May 2, 2016 Popular Culture, Dr. Who, and Religion
Recent Comments
229 Comments | Leave a Comment
"The discussion is not about changing weather but about the climate. I wonder how many ..."
James F. McGrath Not Liberal, Just Literate
"You believe the sky is falling? Why? The weather has always changed."
MCJ757 Not Liberal, Just Literate
"I pulled out an old book from my dad's bookshelf: "Those Incredible Christians" and its ..."
David Garshaw Peer Reviews, Pseudoscience, and Denialism
"Thanks for the preview James. I'm very excited about the book and the anticipation is ..."
Zera Preview the Mandaean Book of John
Browse Our Archives
Follow Us!