Via the NASSCAL blog, this exciting announcement:

The North American Society for the Study of Christian Apocryphal Literature (NASSCAL) is pleased to announce Studies in Christian Apocrypha, a book series produced in collaboration with Polebridge Press. Christian Apocrypha is a term encompassing Christian texts—such as the Gospel of Thomas, the Acts of John, and the Apocalypse of Peter—that are not included among, but nevertheless bear some relation (in form, content or otherwise) to the texts of the New Testament. Apocrypha have been part of the Christian tradition almost from the beginning. Indeed, so ubiquitous is apocryphal literature that it must be embraced as a fundamental aspect of Christian thought and expression.

The Studies in Christian Apocrypha series will feature work on the Christian Apocrypha from any time period and in any of its myriad forms—from early “lost gospel” papyri, through medieval hagiography and sermons incorporating apocryphal traditions, up to modern apocryphal “forgeries.” We welcome submissions in the form of monographs, critical editions, collected essays, and multi-author works. The series is also the venue for the proceedings of the bi-annual NASSCAL meetings.

How to Submit Proposals

Initial inquiries should take the form of a 3–5 page proposal outlining the intent of the project, its scope, its relation to other work on the topic, and the audience(s) you have in mind. Please include a current CV and 1–2 sample chapters, if available. Send proposals and inquiries to Tony Burke at tburke@yorku.ca. 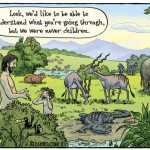