After the Monkey Trial

I am grateful to Fordham Press for sending me a gratis review copy of Christopher Rios’ book After the Monkey Trial. The book in fact begins its historical survey before the famous Scopes trial, and offers a survey of fundamentalist, Evangelical, and other Christian responses to Charles Darwin’s theory of evolution and subsequent scientific work on the subject. It is in fact a history of science-friendly fundamentalist and conservative Christianity. The book focuses in on two organizations: the American Scientific Affiliation (ASA) and the Research Scientists’ Christian Fellowship (RSCF – now known as Christians in Science, CIS). The choice of these examples is instructive, not least because it shows how the “same” conservative church tradition in fact dealt with a very different setting, and worked from very different assumptions, in the United States vs. in the United Kingdom. The influence of key figures (such as Bernard Ramm and Jim Packer) and key debates is expounded in a narrative that traces a story that, despite not being new or untold, nevertheless is often neglected and even forgotten in discussions of the intersection of religion and science in the English-speaking world. It is the story not only of theologians and church leaders, but also scientists who were and are Christians and who did not fit the warfare model of the relationship (even if at times they found themselves engaged in inward struggles about what to think, and outward struggles with ecclesiastical figures and contexts that were antagonistic towards them). The specifics of the debates that took place since the foundation of these organizations (about topics like inerrancy, about whether to take a low key or direct approach, and a range of other topics) are described and explained, and key turning points are noted.

In relation to the upsurge in large scale and very expensive young-earth creationist propaganda, it is important to remind ourselves that as long as there has been science, there have been Christians actively involved in the enterprise, who have found this a natural expression of their faith in a Creator God rather than either a threat to their faith or as something that involves an awkward compartmentalization of their religion and their career.

Liberals like myself hold a different viewpoint on many matters related to the Bible and theology than the members of the ASA and RSCF on the one hand, and the young-earth creationists on the other. But that highlights an important point, namely that the debates over young-earth creationism are not a debate between liberals and conservatives, but a debate among conservatives about whether to accept scientific evidence and deal honestly with the Bible, or whether to fight tooth and nail against scientific discovery in a way that does serious harm to the reputation of Christianity. 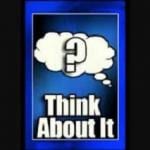