I announced earlier that my blog would be undergoing a rebranding, and said that the name would not surprise anyone. ReligionProf has long been my Twitter handle, my nickname on Reddit, as well as being in use in other places – including Hearthstone! And so as I considered how my blog has become so much more than a place where I blog about The Matrix (even though I continue to explore our matrix), I thought it was time for a new name.

As I thought about what name could capture my identity and that of this blog, I soon realized that the name was already there, staked out elsewhere on the internet. I blog about religion as it intersects with other things. The Bible. Early Christianity. The historical Jesus. The Mandaeans. Doctor Who. Star Wars. Artificial intelligence. Education. Technology. Politics. Humor. It all intersects around religion, not just because I am a religion prof, but because I have the privilege to teach on subjects that interest me immensely.

And so I welcome you to my blog – the same blog, but with a new name, one that I hope you will agree does a better job of providing a clear sense of what kinds of things I talk about. The old posts and comments are still here, and if you go to the old address, you will be redirected here.

For those who are wondering, yes, I will still talk about The Matrix from time to time. And yes, I will explain those references to the young whippersnappers who don’t get them.

What do you think of the new name and blog banner? And don’t you love that the ad featured at the top is a “Grand Opening Special”? 🙂 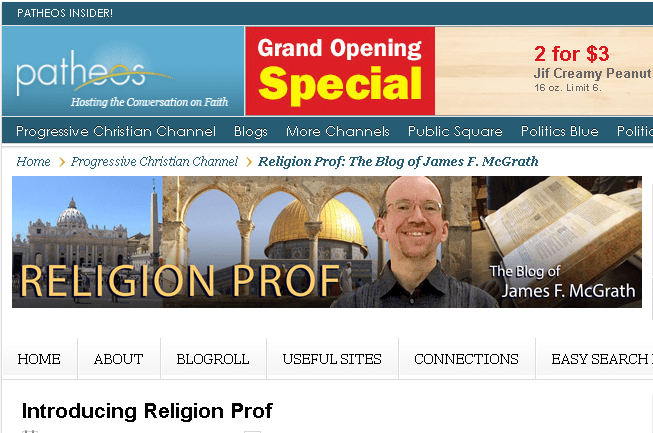 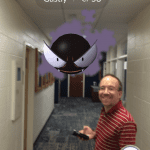 July 15, 2016 A Gastly Encounter
Recent Comments
6 Comments | Leave a Comment
Browse Our Archives
get the latest from
Religion Prof: The Blog of James F. McGrath
Sign up for our newsletter
POPULAR AT PATHEOS Progressive Christian
1