I really wanted to believe it was satire when a website called GOPocalypse claimed that a Southern Baptist pastor named Robert Jeffress had said the following:

You know, I was debating an evangelical professor on NPR and this professor said, ‘Pastor, don’t you want a candidate who embodies the teaching of Jesus and would govern this country according to the principles found in the Sermon on the Mount?’ I said, ‘Heck no.’ I would run from that candidate as far as possible, because the Sermon on the Mount was not given as a governing principle for this nation.

Nowhere is government told to forgive those who wrong it, nowhere is government told to turn the other cheek. Government is to be a strongman to protect its citizens against evildoers. When I’m looking for somebody who’s going to deal with ISIS and exterminate ISIS, I don’t care about that candidate’s tone or vocabulary, I want the meanest, toughest, son of a you-know-what I can find, and I believe that’s biblical.

But Jeffress really did say that. You can listen to the radio show clip in which he says it.

This is Martin Luther’s famous doctrine of the two kingdoms in a nutshell. The teaching of Jesus is for individuals to practice or not as they see fit. Government – even Christians in government – should not be merciful in the way Christians are taught to be.

The irony, of course, is that other conservative Christian views, about same-sex marriage or abortion for instance, I am quite certain that Jeffress and others like him would happily see enforced by government. But concern for the poor or love for enemies? No way.

It is saddening that this approach to ethics and morality is so widely held in the United States. And perhaps it is unsurprising, given that there is a natural congruence between the Lutheran doctrine of two kingdoms, and the American approach to separating church and state.

Yet last I heard, a lot of fundamentalists don’t want separation of church and state, either.

And so is this outlook simple hypocrisy, or is there something deeper that could help make sense of it? 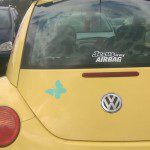