Via Jim Davila, I learned about this fascinating new book series that Edinburgh University Press has launched, which will be a good venue for, among other things, those who work on the Mandaeans.

Alternative Histories: Narratives from the Middle East and Mediterranean

This new series will provide a forum for exchange on a myriad of alternative histories of minorities in the Near and Middle East and the Mediterranean, and those of Middle Eastern or Mediterranean heritage. It will highlight thematic issues relating to various native peoples and their narratives and – with particular contemporary relevance – explore encounters with the notion of ‘other’ within various societies. Often moving beyond the conventional state-centred and dominant monolithic approach, or reinterpreting previously accepted stories, books in the series will examine and explain themes from inter-communal relations, environment, health and society, and will explore ethnic, communal, racial, linguistic and religious developments that go beyond geopolitical compositions.Building on the foundations of scholarship within an interdisciplinary framework, this series will span the continuum of Near Eastern and Mediterranean traditions extending from the fourth millennium B.C. to the present – bridging previous fields which originally had little connection with each other. The aim is to enhance perspectives by applying various methodological approaches to dilemmas that have in the past been treated as the exclusive concern of a single given discipline.

If you have a proposal suitable for this series we’d love to hear from you. Find out how to submit your proposal 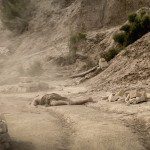