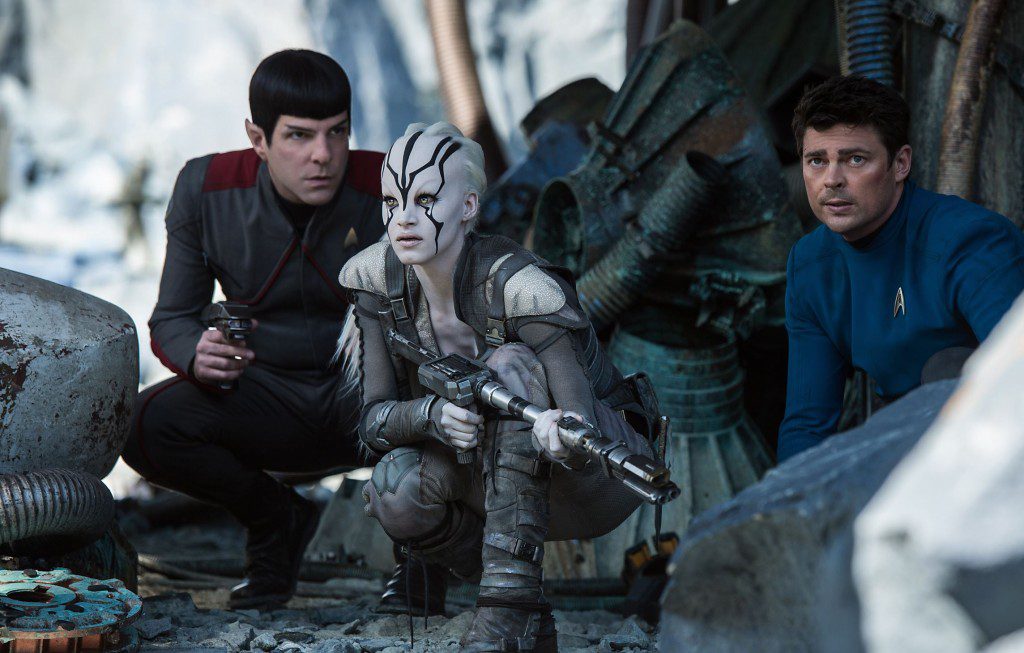 I went to see Star Trek Beyond yesterday, and enjoyed it. It seems as though with each new film, the rebooted franchise seems a closer and closer match to the original series. The performances by Karl Urban and Zachary Quinto as McCoy and Spock are especially authentic in this regard – and the references to the death of Ambassador Spock, and the photo he left behind of the crew as they were in his timeline (many years later from the perspective of these characters in their timeline), made this all the more poignant. Even the story and the setting on a rocky world seemed right out of classic Star Trek. And the bookends of the film – Kirk’s birthday (with a cute reference to his eyesight) and his pursuit and then rejection of a position as vice-admiral – witnessed Chris Pine’s rendition of the most different version of someone from this timeline – Capt. Kirk – finding his way in the direction of the character that we know from the Original Series as well.

Finding one’s way is a major theme of the movie, and the story may have seemed more like the Original Series precisely because it explored classic Trek questions about war and peace, the nature of the Federation, and other matters of ethics and philosophy as they relate to humanity’s spread to the stars.

The film is by no means flawless, in terms of its story. The biggest oddity that jumped out at me was that the U. S. S. Franklin was apparently a ship the whereabouts of which Krall would have known about – and so how would Jaylah’s cloaking devices have served to hide the ship from him effectively?

But on the whole I found it enjoyable, and its utopian depiction of Starfleet’s personnel and mission, in particular on Starbase Yorktown but also on the Enterprise, and the reference to medical technology that for us is still a dream as “things…from the dark ages,” to be true to Gene Roddenberry’s vision, however much this modernistic outlook may seem antiquated to some. I suspect that many have grown tired of postmodernism, with its attempt to view all perspectives as valuable and to be respected. Perhaps the film was poking fun at this, as it showed Kirk attempting in vain to mediate between two cultures, one of which turned out to be bigger in its own eyes than from a human perspective. And so it was refreshing to hear characters assert that in fact “there is no such thing as the unknown, only the temporarily hidden,” and that however true it is that struggle makes us who we are, a time comes when one must end war and turn enemies into friends. We have to change, otherwise we needlessly keep fighting the same values, Kirk says. There’s a message for our time in that which is as poignant as the message of the Original Series was in its time, don’t you think?

Have you seen Star Trek Beyond yet? If so, what did you think of it? And are you excited by the prospect of a new Star Trek series on TV, Star Trek Discovery? 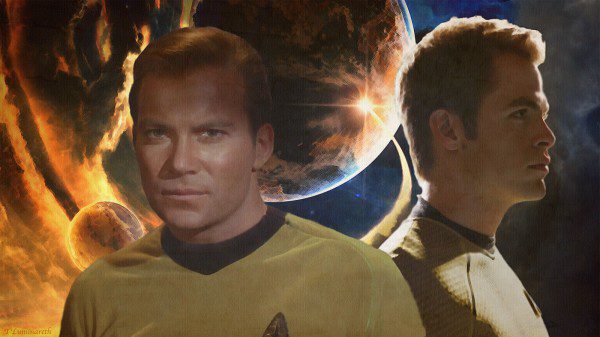 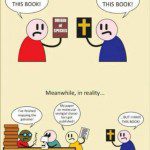 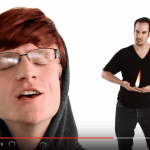 July 30, 2016 The Same Four Chords (in Music and Religion)
Recent Comments
4 Comments | Leave a Comment
Browse Our Archives
get the latest updates from
Religion Prof: The Blog of James F. McGrath
and the Patheos
Progressive Christian
Channel
POPULAR AT PATHEOS Progressive Christian
1