IO9 had a fascinating article recently about the growing number of people who list themselves as “Jedi” on the Australian census. Some atheists have started a campaign to discourage this, because they regard these self-declared Jedi as in fact non-religious people who, by answering “Jedi” instead of “none,” are making Australia seem more religious than it is.

Here’s a poster they created for their campaign: 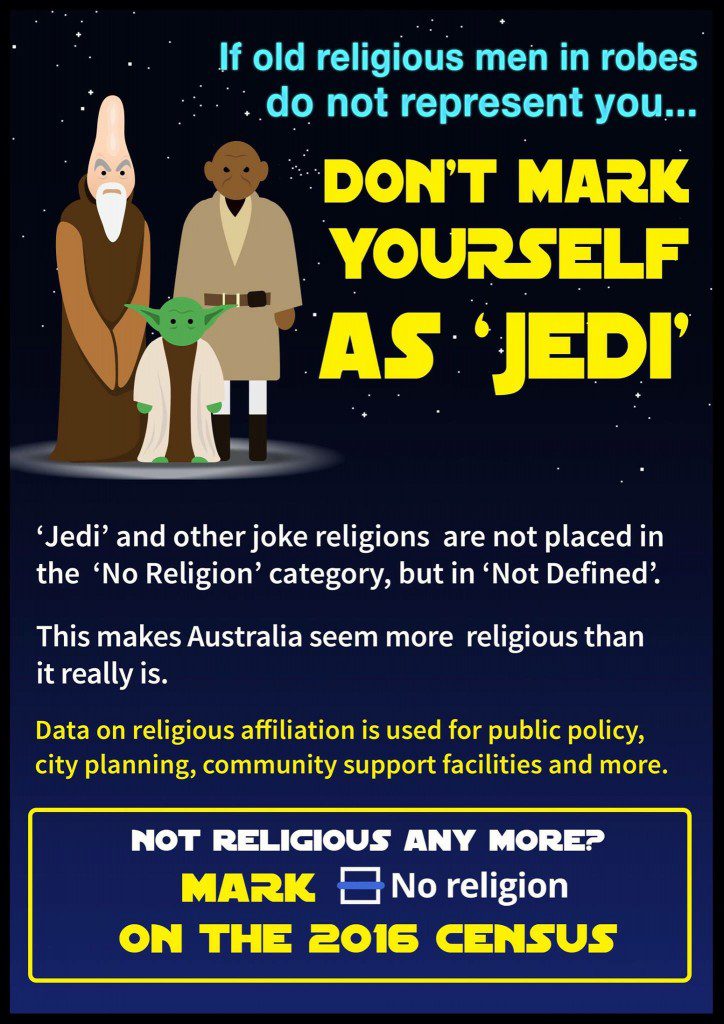 You can read more about the issue, and the campaign, in the Brisbane Times. But is this just part of Order 66, a diabolical plot by the Sith to wipe out the Jedi in their stronghold down under?

Of related interest, the news broke that [SPOILER ALERT] a planet will be featured in the next Star Wars movie that is a place of pilgrimage for people who miss the Jedi and their connection to the Force, and are losing their faith as a result of the Jedi being wiped out. The planet will apparently be called…Jedha. In the comments under the article, people suggested other names that might have just as well have been used – such as Jedusalem – while another commenter said: 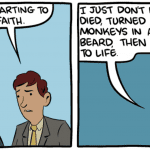 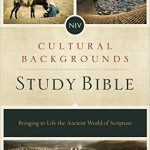 August 11, 2016 Video about NIV Cultural Backgrounds Study Bible
Recent Comments
4 Comments | Leave a Comment
Browse Our Archives
get the latest from
Religion Prof: The Blog of James F. McGrath
Sign up for our newsletter
POPULAR AT PATHEOS Progressive Christian
1