Doctor Who: The Ribos Operation

The first episode of the Key to Time series of episodes, “The Ribos Operation,” introduces a deity, as well as another time lord as the Doctor’s travel companion for the first time (unless I am mistaken) since his granddaughter Susan was traveling with him. The Doctor tells K-9 that they will go on holiday, when the TARDIS’ power completely shuts down, its doors open, and outside are a glowing light and a booming voice, which turns out to belong to the white guardian.

The white and black guardians are rather like deities, a positive and negative entity who struggle against one another. This episode, in fact, shows how Doctor Who, despite having a history of skepticism towards certain kinds of religion as superstition, nonetheless envisages a cosmos full of deities. We find those anti-religious ideas expressed in this episode too, as we encounter Binroe the heretic, so called because he believes that stars are other suns and not ice crystals. The idea that the catacombs are home to the “ice gods” also falls into this category. But equally relevant is the character of the seeker, who is able to use bones to find people, apparently by mystical or supernatural means. There is also a ceremony of thanksgiving that is of interest for those paying attention to all things with religious overtones on the show.

The black and white guardian provide a story arc that runs not just through the Key to Time sequence, but into the Peter Davison era.

It may also be worth noting that, according to this episode, the Doctor was 759 years old at the time. My how time has flown for him… 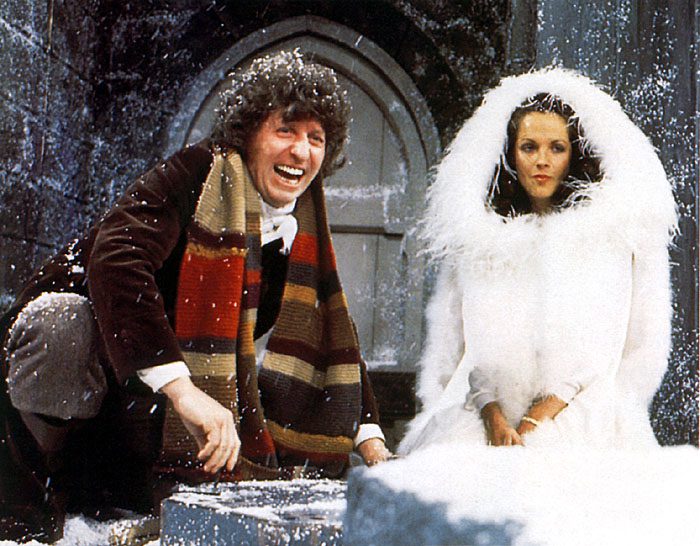 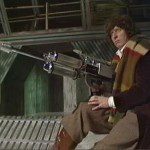