Doctor Who: The Invasion of Time

The Invasion of Time is a true classic of the Tom Baker era. It is one of many episodes in which the Doctor seems to be behaving erratically, and we the viewer are made to wonder how he can be doing some of the things that we see him doing. At the beginning, we see the Doctor entering into an obviously nefarious arrangement with sinister shadowy figures in exchange for control of the time lords. The episode also shows the Doctor using a weapon – something that he wasn’t quite as consistently opposed to as some fans who began watching more recently have assumed.

It also gives us a glimpse of the TARDIS swimming pool, which gets mentioned or seen again in later episodes. 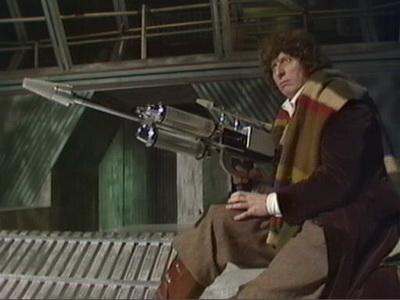 There are some fascinating moments, such as when Leela and Rodan discuss the evidence that the Doctor is a traitor. Rodan says “Reason dictates” and Leela responds “Then reason is a liar.” Leela also connects their rationality with cowardice. There is also some great banter between the Doctor and K-9.

The Doctor, of course, is working to uncover a plot. But the fact that he claims the presidency of his planet in this episode becomes the basis for very different interactions with Gallifrey in the future – even though the result is still the same, the Doctor on the run from his own people. 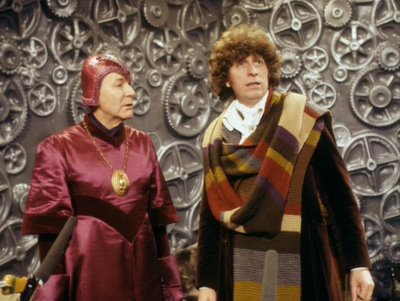 The designs on the lead-lined walls in his room are reminiscent of the opening credits imagery used in the Peter Capaldi era.

The moment when Baroussa tells the Doctor to remember his training in detatchment, and the Doctor says he prefers to care, is also a powerful one (and worthy of comparison with Jedi ideas about detachment in the Star Wars films).

The elements of Gallifreyan ritual and ceremony have religious resonances, even if the powerful artifacts are assumed to have scientific rather than (or as well as?) spiritual power. 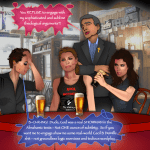 August 19, 2016
Sophisticated Theology vs. the Biblical God
Next Post 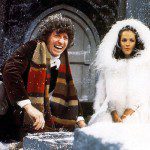 August 21, 2016 Doctor Who: The Ribos Operation
Recent Comments
0 | Leave a Comment
Browse Our Archives
get the latest from
Religion Prof: The Blog of James F. McGrath
Sign up for our newsletter
POPULAR AT PATHEOS Progressive Christian
1