About a year ago I mentioned my interest in creating a game that would illustrate the dynamics of canon formation in simplified form, in a way that was fun but also infirmative and educational. Some of you may have been wondering whether anything was going to come of this. If so, I have great news: the Canon card game now exists, as a physical reality with actual playing cards specific to the game, as well as rules for playing it! 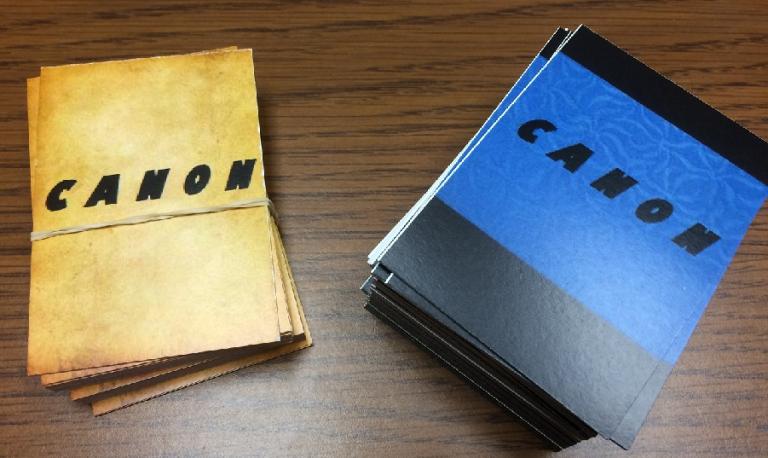 Why are there two different sets of cards? What is on the other side? How do you play? All of that will be revealed soon. I have been doing some playtesting using stand-in cards, but on Monday I will use the newly-printed decks in the photograph above in my Religion and Science Fiction class. And so those students will have the honor of being the first group of more than three players to play the game, and the first group of any size to play it using these cards designed specifically for the game I invented.

The cards were printed today by Butler University’s Campus Impressions print shop, and I need to express my gratitude to Chris Davis for turning my pdfs into the playing cards you see in the photo. As this was my first attempt at designing playing cards, I didn’t provide him with exactly what he needed from the very beginning.

I hope to video the class on Monday as they play the game. And so you’ll be able to see how the game is played here soon, and of course I’ll also be sharing the text of the rules, and details about how you can get your own set of playing cards for the game if you want to. But I wanted to share my excitement today about the simple fact that these playing cards exist. 2016 will be remembered as they year I branched out into two new genres – my first science fiction short story appeared in print, and now my first card game has come into existence, and hopefully will be available for others to play in the near future. I am still debating whether to simply offer it as printable pdfs that others can use to make their own cards, or whether I should make the extra effort to offer the possibility of simply ordering your own printed deck online. If you have a strong preference one way or the other, please let me know!

Of related interest, the subject of canon, as it relates to fandom franchises and/or the Bible, has been in the news a lot lately. For instance, there is an interesting piece in Salon about the whiteness or otherwise of superheroes and how canon relates to that. A documentary has been made trying to persuade Star Wars prequel-haters to reconsider their viewpoint. On the other hand, someone has remade the Rogue One trailer to star Jar Jar Binks. And there will be a conference at HBU in March about “How the Bible Came Into Being.” They should totally play the Canon card game there!

Finally, I leave you with this image which brings the two contemporary uses of “canon” into contact with one another… 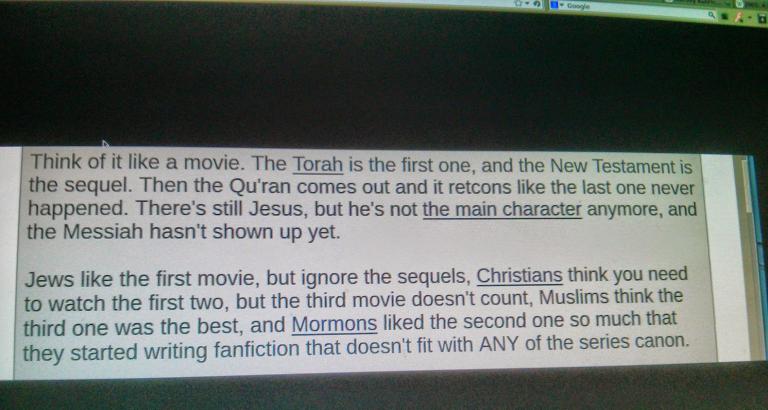 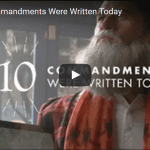 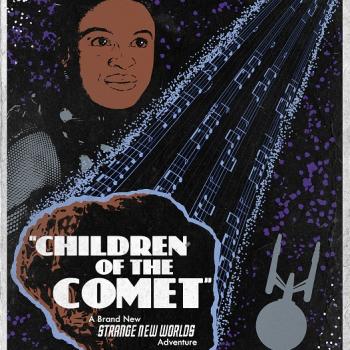