Siri, Pray For Me

The last time my Religion and Science Fiction class met, we continued a conversation about Arthur C. Clarke’s story “The Nine Billion Names of God.” Since the story mentions motorized prayer wheels at a monastery in Tibet, I thought that focusing in on that detail might be useful, as a way of highlighting that readers – whether religious people or critics of religion – make theological assumptions about what God is like, what religious practices are valuable, and what makes them meaningful or otherwise.

And so I got students to ask Siri to pray for them.

I didn’t try it in advance to see what would happen. Have you ever tried it? Siri’s response to both students who asked Siri to pray was, “Who, me?”

I found this to be an excellent prelude to a discussion of how sci-fi can bring theological and religious matters into focus. When I asked whether it would make sense (theologically – obviously from a purely practical standpoint this would drain your battery quickly) for someone to get one or more of their electronic devices to pray for them. Everyone agreed that the answer was “no.” Many spoke of “intent” as important. Others mentioned the idea of connecting with God in a personal way.

I asked whether the fact that Siri, if it prayed, would simply be uttering words with no comprehension or cognition would be relevant – which led naturally to a quip from me, “It’s a good thing that human beings never utter prayers in a mindless, unthinking way.”

We also talked about whether prayer aims to change the mind of God – since a God whose mind can change seems more personal than one that is unchanging.

If there was one thing we all agreed on, it was that it would be worth making an app that prayed for you. Whether out of curiosity, novelty, or devotion, lots of people would buy it.

If there is one thing that is consistently present at the intersection of religion and science fiction, it is schemes to make money.

But seriously, have you ever asked Siri to pray? If you did or if you try it now, what was the result? If you think it makes no sense to do so, why do you think that? 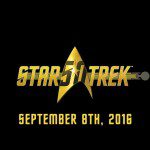 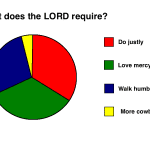 September 9, 2016 What the Lord Requires
Recent Comments
6 Comments | Leave a Comment
"I'm not sure I understood your meaning. By "top down" you mean top of the ..."
James F. McGrath The Global Faith And Media Study: ..."
"So top down control to channel the flow of a specific narrative is what this ..."
sneaker2015 The Global Faith And Media Study: ..."
"Now to get certain Christian sects to practice this.... not holding my breath."
Kyllein MacKellerann Universal Declaration of Human Rights by ..."
"Plagiarism has been around a long long time"
Bob Jonah and the Ancient Aliens’ Submarine
Browse Our Archives
Related posts from Religion Prof: The Blog of James F. McGrath