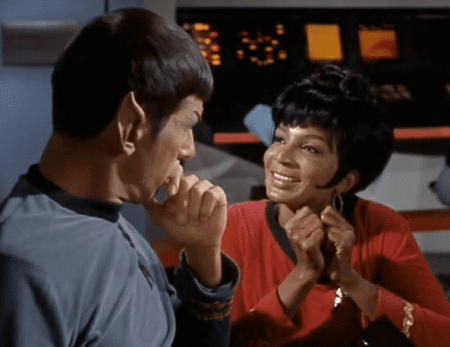 I’ve been rewatching Star Trek: The Original Series from the beginning lately. Although I still have Doctor Who episodes to blog about before I will be done with my blog through the entire classic series, it seems that on the 50th anniversary of the day when the first Star Trek episode to air on TV was broadcast, I should blog about that episode, “The Man Trap.”

I have to say that the sexism that I knew full well was present in the original series of Star Trek still struck me with just how blatant it was, and how much of it there was. It is there from the outset, with the talk of McCoy’s old girlfriend, and the crewmember who had been to a “pleasure planet.” But worse still, it was there on the bridge, in the depiction of Lt. Uhura. Although I was struck to find Uhura flirting with Spock, making me aware that the rebooted Star Trek, in reimagining things, took its lead from the original series even so, nonetheless the way she goes about it, suggesting that Spock comment on her attractiveness, still seems so antiquated and out of place. None of this struck me when I watched the show as a child, and not having rewatched so many episodes for such a long time, I had forgotten a number of aspects of these early episodes. Take a look at the scene I am referring to:

The same situation prevails throughout the rest of the episode. On the one hand, the episode features Yeoman Rand simply being referred to as “Janice,” and male crew members leering. All that many of the female crew members seem to do in this episode is carry trays of food for males to benefit from.  On the other hand, we do see a female crew member wearing pants, and the suggestion that male crew members “thinking with their glands” are a problem, and that they (in this case more specifically Dr. McCoy) could learn a few things from Mr. Spock. And the Salt Vampire did not only appear as attractive women to potential male victims, but also as a Swahili-speaking male to Lt. Uhura. And so, even while reflecting a lot of sexism, the show also made at least some stabs at challenging aspects of it. But from our perspective, it doesn’t go nearly far enough. And it is right there in the title – “The Man Trap,” a phrase that I can’t imagine anyone using in the present day, except perhaps in a very ironic fashion.

This relates to a theme I discussed in my class on Religion and Science Fiction at the start of the semester. You all know that I recently released a card game that explores canon formation, and that there are two decks (which you can buy online) that can be used together to illustrate the similarities between canon in sci-fi and religion. One point of commonality is the fact that canons inevitably enshrine material which later readers/viewers will find objectionable, even though they may not have seemed so at the time. The Bible takes for granted the institution of slavery. Star Trek takes for granted assumptions about women and the roles they might play. Both can often seem progressive when considered in their context – Whoopi Goldberg has talked about the positive influence that Nichelle Nichols had on her, depicting a black woman as an officer on the bridge of the Enterprise. And so together, Star Trek and the Bible, religion and sci-fi, can help us reflect on why one would want to have a canon at all, and how to deal with the fact that in the past, even our beloved franchises and traditions expressed views that we today find lamentable.

Apart from that, “The Man Trap” also explores the question of rights and survival in interesting ways. The last of a particular species ought to have a right to survive. But when it begins killing others to do so, then the rights of those beings become part of the equation. And for those like myself who are interested in religious themes on the show, Bones says “Lord forgive me” before he kills the creature which looks to him like the woman he once loved. 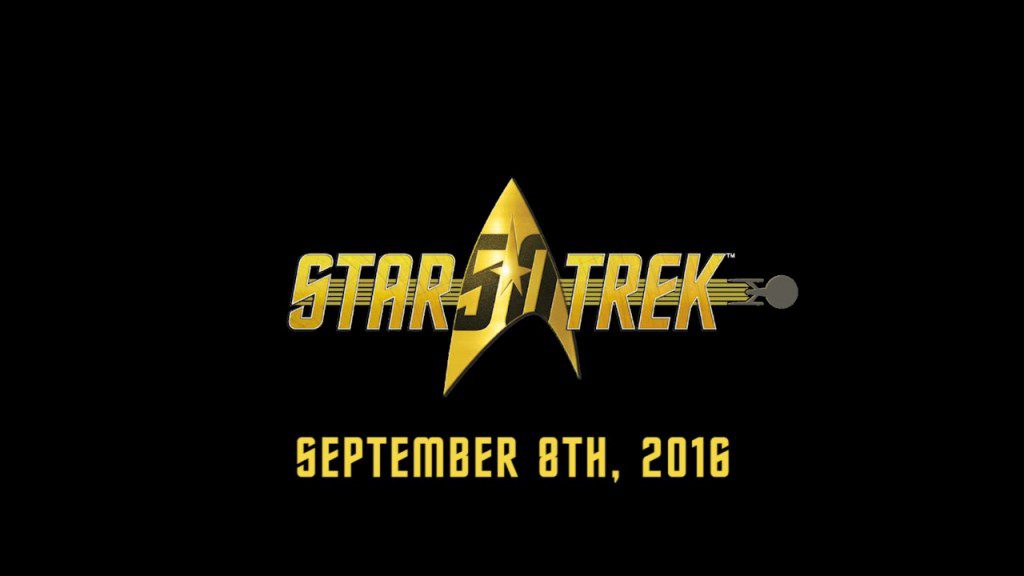 September 8, 2016
The Unsurprising Intersection of Islam and Science Fiction
Next Post 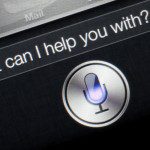