A Killer Goes to Jael

Hemant Mehta posted an SMBC comic in which someone asks God about the story of Jael in the Book of Judges.

The story about Jael (and Deborah) is not at all hard to understand. It is about two women who rise to the challenge of defeating an enemy of their people, in a patriarchal context in which men were expected to play these roles. It even involves a striking inversion of the expected: in the climactic scene in which Sisera inappropriately enters Jael’s tent, instead of Sisera raping her, she pierces him with a tent peg in a scene laden with sexual innuendo in addition to the graphic violence.

The problem in the cartoon is not the story, but the confusion of Zach Weinersmith who created it. That confusion may be very widespread. But in an era when there are so many good scholarly resources online, that confusion is self-inflicted and thus inexcusable.

To begin with, the cartoon is called “Exegesis.” And yet there is no effort on the part of the interpreter to set the text in its historical context, to study it carefully, or do anything else that exegesis requires. Instead, the interpreter (who is understandably confused, not having done any exegesis) prays to an anthropomorphic God, who seems to be understood as the author and authoritative interpreter of the text’s meaning and significance.

If you approach the story as though it is written by God, not written by ancient humans, with an intended meaning and significance for people today, you are bound to be confused!

For more on the story of Jael, see for instance Bible Odyssey entries by Tamara Cohn Eskanazi and Hilary Lipka, Tikva Frymer-Kensky’s entry in the Jewish Women’s Archive Encyclopedia, Colleen M. Conway’s book Sex and Slaughter in the Tent of Jael, Eric Christianson’s essay on the SBL website, and the blog posts by Shawna Atteberry and Claude Mariottini.

Here is the cartoon in question, for those who want to see it: 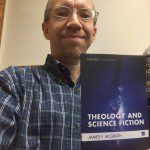 October 8, 2016
Press Release about Theology and Science Fiction
Next Post 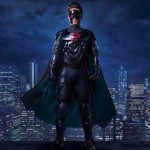 October 8, 2016 The Return of Doctor Misterio
Recent Comments
10 Comments | Leave a Comment
"I am enjoying my first volume of biblical Hebrew in two minutes a day. I ..."
Wayne Steury Keep Up Your Biblical Aramaic and/or ..."
"Two years - 14 comments - 3 of them from the author; indicates the lack ..."
Bob Shiloh Can Fundamentalists Understand the Bible?
"There is no hint that Paul is talking about visions here. Do you mean other ..."
VinnyJH Was Paul Uninterested in the Historical ..."
"Exactly the point! James is saying that the bible is not made up of one ..."
KraigDeKompressorKruncha Can Fundamentalists Understand the Bible?
Browse Our Archives
get the latest from
Religion Prof: The Blog of James F. McGrath
Sign up for our newsletter
POPULAR AT PATHEOS Progressive Christian
1