I found that there is one disadvantage to blogging on one’s phone: it can look like you are texting rather than taking notes or blogging, and so I wasn’t comfortable doing so while seated at the front in the Digital Humanities session where I presented on the Gospel of Jesus’ Wife. And so I will have to tell you about that another time.

The joint session of the AAR Traditions of Eastern Late Antiquity and SBL Religious Worlds of Late Antiquity and Aramaic Studies program units on magic bowls began with a paper by Erica Hunter, read in absentia, marking the centenary of the discovery of Aramaic and Mandaic bowls at Nippur. These show that families that “Two families, one Jewish and the other Mandaean, shared adjacent domestic quarters.” I have often wondered whether this suggests two identities of a religio-ethnic sort, or one community which included a group that had an esoteric tradition and distinct script. I think a study should be undertaken that compares the language of the bowls and not just the scripts.

The second paper by Ida Froehlich was about horned demons in Jewish exorcism texts, focusing on 11Q11 5,4-5 from among the Dead Sea Scrolls, Bowl MS 2053/7 and 2053/236, and a Genizah text in the Cambridge University library. The formulas used to try to compel demons to leave someone alone are fascinating. 11Q5 is about David’s compositions, and 27.10 refers to four songs for comforting the demon-possessed. There is reference to demons that are the offspring of humans and holy ones, reflecting the traditions about the Watchers in 1 Enoch. Utukku Lemnutu 5-6 suggests that some of the Enochic views of demons are much older and Mesopotamian in origin. The depiction there in turn has similarities to the “destroyer” in the Exodus Passover story, as well as in Jubilees 49. Froehlich suggested that the New Testament reference to the singing of a psalm might have in mind an apotropaic one. In the question time, the use of illocutionary formulas to try to force terrifying amorphous demons to adopt mundane forms was mentioned.

Adam Bursi was next, talking about apotropaic language and ritual in Aramaic magic bowls and early Islamic texts, in a paper entitled “The Spit Has Been Spat.” A break occurs in the tradition after the arrival of Islam, but the value placed on spittle bridges the gulf. Saliva is occasionally mentioned alongside spells, the evil eye, and other forces against which protection is sought. Mandaic bowls provide the phrase in the title. But Manichaeans and Christians also used bowls and expressed concern about spittle. Al-Kulayni, al-Kafi, mentions spittle/breath, as does ‘Abd al-Razzaq in the Hadith (in contexts that echo Quranic language but add mention of spittle). The bowls do not reflect magical traditions in Egypt, and the concern about spittle stems from Kufa and Basra in Iraq. See Maqlu III 13-16 and Shurpu 41,VIII,42-7 for Akkadian evidence showing the antiquity and regionality of the concern. There is also a relief depicting someone respectfully covering his mouth in Darius’ presence, and an even older one with a king covering his mouth in God’s presence. Note also how Zoroastrian priests cover their mouths.

Someone who had been smoking sat near me and triggered my allergies and so unfortunately I could not stay until the end of the session. 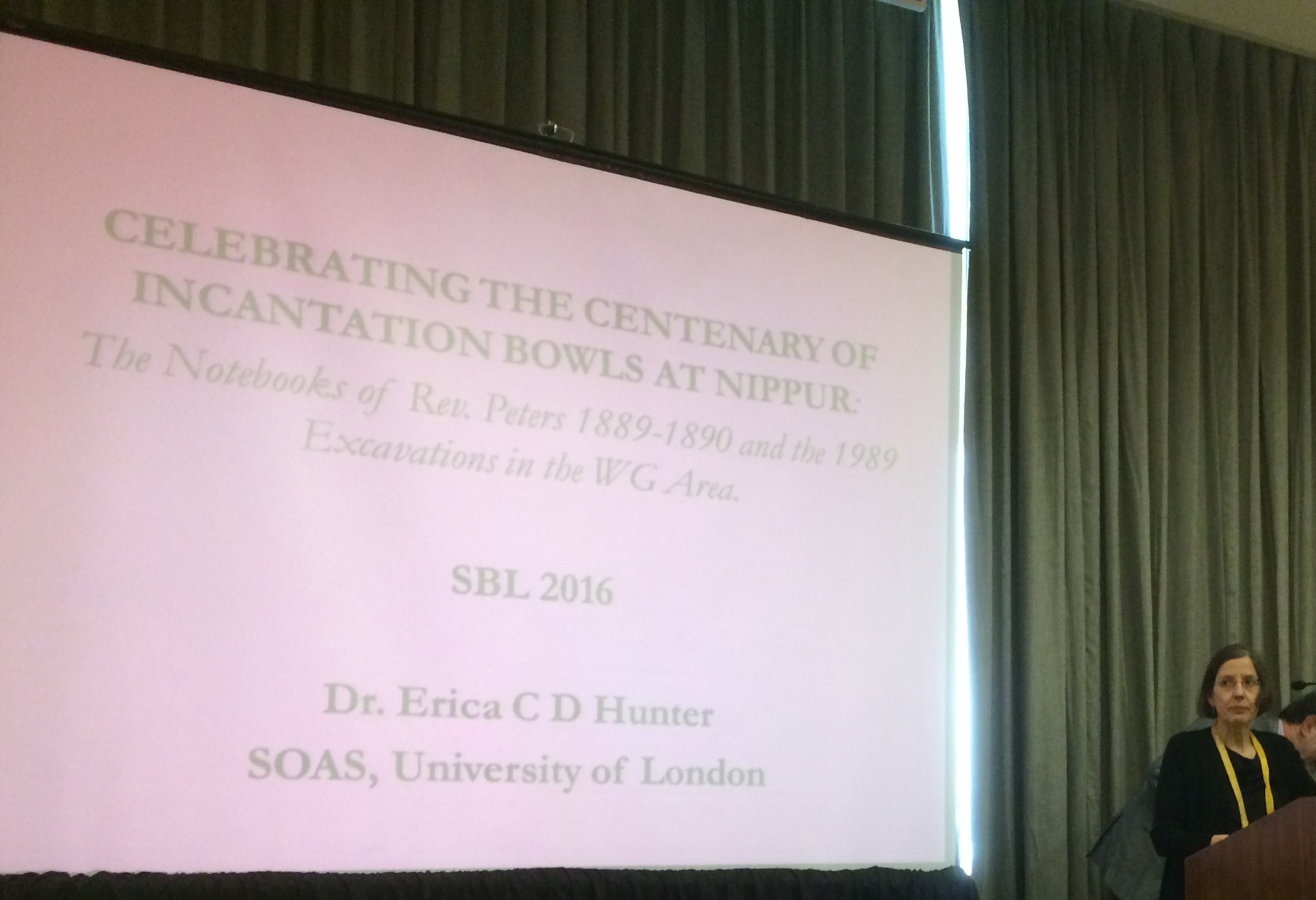 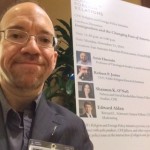 November 21, 2016
Immigration and the Changing Face of America at #AARSBL16
Next Post 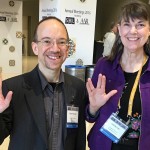 November 22, 2016 Not in the Spaces We Know: An Exploration of Science Fiction and the Bible
Recent Comments
0 | Leave a Comment
"Intriguingly enough, since you mentioned "No one has suggested that Jesus was merely a carbon ..."
Chris H #JohnTheBaptist Enoch Seminar Nangeroni Meeting Day ..."
"Bestest post,..... My daughter who is incapable of being on the internet due to genetics ..."
davidt Evil In the Youth Group
"From my perspective this comes from a really problematic tendency in neo-liberal thinking to promote ..."
Chris H Jesus Wasn’t Unique
"It definitely seems memeworthy to me!https://uploads.disquscdn.c..."
James F. McGrath Evangelicals, Objective Truth, and the MSM
Browse Our Archives
get the latest from
Religion Prof: The Blog of James F. McGrath
Sign up for our newsletter
POPULAR AT PATHEOS Progressive Christian
1