Are You Suffering From Post-Trumpatic Stress Disorder? 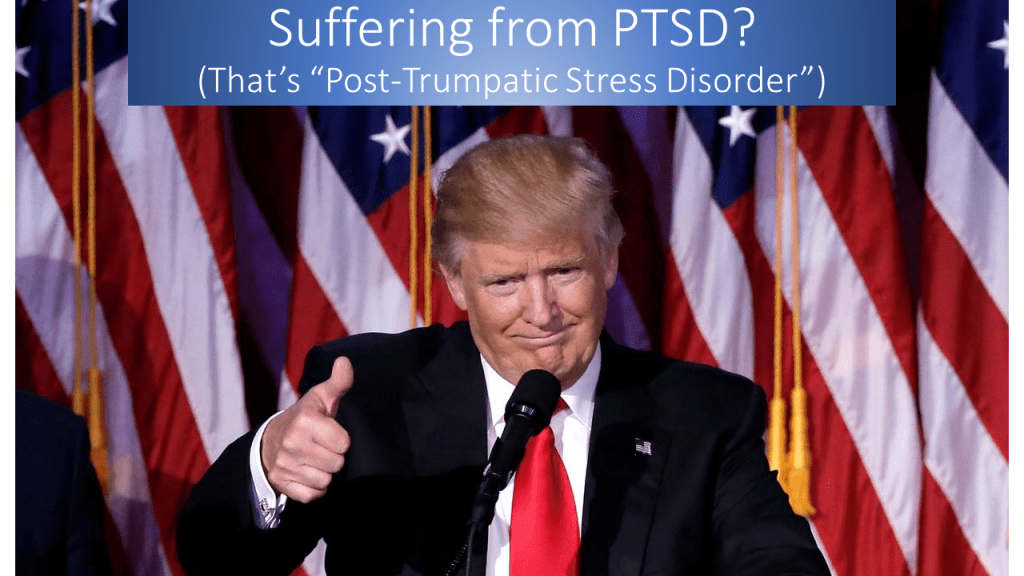 People on my campus are in a funk. The mood is somber, melancholic. Today, a colleague made reference to PTSD – “Post Traumatic Stress Disorder” – and I realized right away that the acronym could be adapted to fit the current situation perfectly.

We have “Post-Trumpatic Stress Disorder.”

I had lunch with a colleague yesterday, who noticed that I was wearing a safety pin on my lapel. I happened to have an extra one, and gave it to him to wear. We talked about the fact that minority and marginalized students had expressed their distress as they walked around campus, looking at not only students but professors who are part of the white majority, and wondering whether we had voted for Trump.

I wear the safety pin not only because I want to be available to those who are traumatized by what has happened, but also for my own benefit, to say to those around me, even when I cannot be saying it verbally, “I wasn’t among those who did this to you.”

Lots of white voters are saying that they didn’t vote for Trump because they agree with his statements about minorities, or about women, or about anything else, but just because they support Republican economic policies.

That is the definition of privilege right there. Minorities and marginalized groups do not have the luxury of setting aside expressions of hostility and hatred aimed in their direction.

Are you suffering from Post-Trumpatic Stress Disorder? 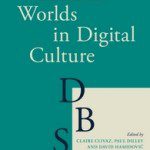 November 15, 2016
Ancient Worlds in Digital Culture at #AARSBL16
Next Post 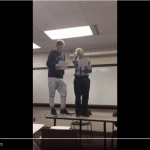