On the one hand, there are those who are determined that the Bible be “right” no matter the cost. I have had someone telling me on Facebook that they had seen Roman tax records in a library which show that the genealogy in Luke’s Gospel is Mary’s.

Ian Paul (in a post that he simply repeats every year) takes a more moderate approach, but seems happy to try to make any other source be wrong, or to mean things that it doesn’t seem to and perhaps simply cannot, in a concerted effort to have the New Testament sources be “right.”

If reposting the same attempt to make the questions go away is appropriate, then so to is posting my views again on why the problems won’t be made to disappear as easily as Ian Paul wishes they would. Here are some things I’ve written before on the topic:

The Census of Quirinius and the Birth of Jesus of Nazareth

History and the Meaning of Christmas

Would You Lie To Defend The Virgin Birth?

On the other hand, there are the mythicists whom Ben Corey has had the misfortune of dealing with lately – see the comments on his recent post in which he says a Charlie Brown Christmas-like “good grief” in response to mythicism. While there some insist that it is clear that both Josephus references to Jesus “called Christ” are interpolations, elsewhere on the web you can find a brand of mythicism which claims that Josephus was Jesus!

Neither side seems to leave room for the possibility that we are dealing with precisely the kinds of mythical infancy stories that we find in texts about other historical individuals, seeking to highlight their perceived significance. But that view, which seems so obvious to most scholars and historically-informed readers, is rejected by those who simply want things black or white – Jesus existed precisely as depicted in every detail, or did not exist at all. See for instance Meredith Warren’s article on this topic in The Conversation yesterday.

The Center for the Study of New Testament Manuscripts highlighted a manuscript with a Christmas connection, one that illustrates what scholars consistently conclude: that the text of the New Testament has witnessed changes both accidental and deliberate, but on the whole it is fairly stable, even over long periods of time.

In a time when people turn to extreme ideologies which offer simple but distorted viewpoints, Christmas provides a wonderful opportunity to celebrate the complex intersection and overlap of history, legend, and myth, or truth, fact, falsehood, and fiction, of stability and instability, preservation and change, that is illustrated in connection with this holiday, its traditions, its stories, and its central figure. 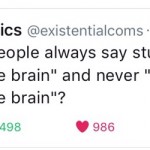 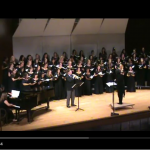 December 24, 2016 Ruth Watson Henderson
Recent Comments
3 Comments | Leave a Comment
"That's actually really helpful. Do you have an essay or book, or could you recommend ..."
John MacDonald Did Paul Have a Distinctive Christology? ..."
"(???)"
Scurra I’ll Believe in Demons When Pigs ..."
"I certainly didn't mean to come off as complaining. It's a wonderful platform here. I'm ..."
John MacDonald I’ll Believe in Demons When Pigs ..."
"I've long thought that the "seed of David" passage in Paul is very problematic for ..."
John MacDonald The Latest on the Historical Jesus ..."
Browse Our Archives
Follow Us!