Academics Against the Immigration Ban

There is a petition that all academics are invited to become signatories of: https://notoimmigrationban.com/ I have submitted my name asking that it be added, and I hope that you will do the same if you are a professor. 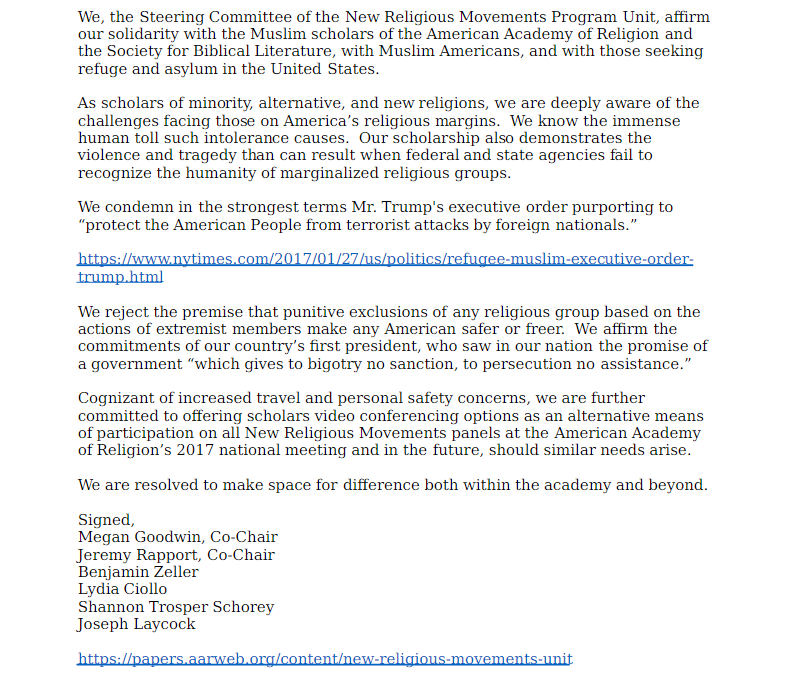 The president of Princeton University issued a statement. Purdue University president Mitch Daniels also had things to say on the topic. And here is what the American Association for the Advancement of Science has to say:

Scientific progress depends on openness, transparency, and the free flow of ideas. The United States has always attracted and benefited from international scientific talent because of these principles.

The American Association for the Advancement of Science (AAAS), the world’s largest general science society, has consistently encouraged international cooperation between scientists. We know that fostering safe and responsible conduct of research is essential for scientific advancement, national prosperity, and international security. Therefore, the detaining of students and scientists that have already been screened, processed, and approved to receive a visa to visit the United States is contrary to the spirit of science to pursue scholarly and professional interests. In order for science and the economy to prosper, students and scientists must be free to study and work with colleagues in other countries.

The January 27, 2017 White House executive order on visas and immigration will discourage many of the best and brightest international students, scholars, and scientists from studying and working in the United States, or attending academic and scientific conferences. Implementation of this policy compromises the United States’ ability to attract international scientific talent and maintain scientific and economic leadership. It is in our national interest to take a balanced approach to immigration that protects national security interests and advances our scientific leadership.
After the tragic events of September 11, 2001, as restrictions on immigration and foreign national travel were put in place to safeguard our national security, AAAS and other organizations worked closely with the Bush administration to advise on a balanced approach. We strongly recommend a similar discussion with officials in the Trump administration. 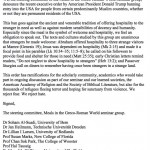 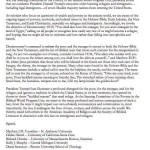 January 30, 2017 Poverty in the Biblical World and Today
Recent Comments
3 Comments | Leave a Comment
Browse Our Archives
get the latest from
Religion Prof: The Blog of James F. McGrath
Sign up for our newsletter
POPULAR AT PATHEOS Progressive Christian
1