This call for submissions includes elements such as Biblical interpretation among the topics that might be covered, and so for those who share my interest in Biblical studies, religion, and science fiction – but who perhaps have focused more broadly on Cameron’s films than I have – this should be of interest…

A Critical Companion to James Cameron

A Critical Companion to James Cameron

Canadian director, producer and screenwriter James Cameron is certainly one of the most popular figures of contemporary Hollywood. His oeuvre includes mainly blockbuster films that had a great success all over the world, such as Terminator (1984), Aliens (1986), The Abyss (1989), Titanic (1997) and Avatar (2009), but he is also renowned as an inventor of sophisticated underwater machinery. His distinctive touch is his meticulous attention to realistic details (whether in historical or futuristic settings) and his preference for spectacular images produced by the most up-to-date technologies available. Although all of his achievements have offered (and still offer) an incredibly fertile ground for critical examination, analysis and discussion, scholarship on Cameron has never proliferated.

This anthology will explore Cameron’s multi-medial oeuvre from multidisciplinary perspectives. This volume seeks previously-unpublished essays that explore the director’s heterogeneous career, including his directorial debut with the co-directed Piranha 2: The Spawning (1981), his two documentaries Ghosts of the Abyss (2003) and Aliens of the Deep (2005), and, of course, his blockbusters. We are particularly interested in interdisciplinary approaches to the subject that can illuminate the diverse facets of the director’s work and his visual style. A full proposal will be submitted to a publisher (with whom we are already in contact about this project) as soon as we have selected the list of chapters. The previous volume we co-edited together—A Critical Companion to Tim Burton—was contracted with Lexington Press, which makes use of peer-reviewing. Our relationship with Lexington is very good and we expect to sign with them.

There are several themes worth exploring when analyzing Cameron’s works, utilizing any number of theoretical frameworks of your choosing. We request the chapters to be based on formal, academic analysis. Contributions may include (but are not limited to) the following topics:

The anthology will be organized into thematic sections around these topics and others that emerge from submissions. We are open to works that focus on other topics as well and authors interested in pursuing other related lines of inquiry. Feel free to contact the editors with any questions you may have about the project and please share this announcement with colleagues whose work aligns with the focus of this volume.

Submit a 300-500 word abstract of your proposed chapter contribution, a brief CV and complete contact information to Prof. Adam Barkman (adam_barkman@hotmail.com) and Dr. Antonio Sanna (isonisanna@hotmail.com) by 1 April, 2015. Full chapters of 4000-6000 words would be due upon signing a contract with a publisher. Note: all full chapters submitted will be included subject to review. 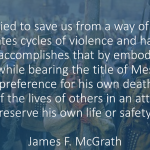 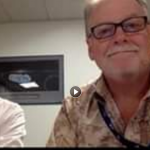 January 21, 2017 Touching the Face of the Cosmos YouTube Playlist
Recent Comments
0 | Leave a Comment
"James said"Although Paul doesn't mention women among those who saw Jesus in 1 Corinthians 15!"Yes, ..."
John MacDonald ChristianBooks Q&A: What Jesus Learned from ..."
"Dennis MacDonald draws some interesting parallels between the Greeks and Christianity (although he does take ..."
John MacDonald ChristianBooks Q&A: What Jesus Learned from ..."
"Nice. Looking forward to the next installment."
OffCenter Larry The Past, Present, and Future of ..."
"(Sorry if this ends up being a duplicate - Disqus is being annoying.)You really don't ..."
Iain Lovejoy Baking Cakes and Paying Taxes in ..."
Browse Our Archives
get the latest from
Religion Prof: The Blog of James F. McGrath
Sign up for our newsletter
POPULAR AT PATHEOS Progressive Christian
1