Are Creationists and Mythicists Similar? You Be The Judge

Are Creationists and Mythicists Similar? You Be The Judge January 1, 2017 James F. McGrath

I was going to screenshot a Facebook discussion that illustrated the similarity between the two groups, anti-science creationists and anti-history mythicists. But in the end, I decided to just share this comment I made there, which I hope boils down the indistingishable character of some of their claims and arguments at their most basic level, in a nutshell.

Creationists or mythicists? You judge…

“There is no evidence”
– What about this…or this…or this…?
“That doesn’t count, could mean X, Y, or Z.”
(slightly later)
“There is no evidence.”
—-
“All the academics working in universities around the world in this field are like flat-earthers. REAL scholars (of whom there are only a small handful, shunned and excluded from mainstream universities because of the conspiracy to promote an ideology through them) conclude what I conclude.”
__
“The vast majority of learned individuals once thought the world was flat – therefore I am justified in rejecting what the vast majority of experts in a given field conclude today.”

The conversation then turned to the question of which is more irrational, mythicist denial of the historicity of Jesus, or Christian belief in the resurrection of Jesus. It is an ironic question, given how Bayes’ Theorem has been used to make the case for both. I said that in my view, denying that which we have adequate evidence for is more irrational – and more morally reprehensible – than believing that for which we do not have adequate evidence. Would you agree? I suspect that most who disagree with conservative Christians about both the resurrection and young-earth creationism will find the latter far more objectionable than the former. In my opinion, merely believing the improbable is not as irrational as disbelieving the probable.

A little later in the conversation, someone actually claimed that mythicists are the only ones who have written lengthy treatments of the subject!!! Here is what they wrote to me:

In response, I can only laugh and point to the Handbook for the Study of the Historical Jesus:

If you’re not familiar with it, then I’ll let you click through and see how many pages it is. But of course, at any rate, the fact that Richard Carrier is verbose and capable of writing 600-page blog posts says nothing about whether he is correct or not.

I decided that the conversation was not a productive use of my time and extracted myself. And so we’ll see whether, just like creationists, the mythicists I was engaging with will claim that getting the last word on Facebook means they “won.”

Finally, I should mention that Jerry Coyne continues to illustrate that someone who is perfectly capable of recognizing pseudoscholarship in their own field may be downright gullible as well as illogical when venturing into another discipline. 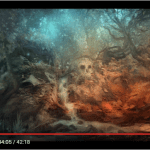 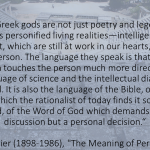 January 2, 2017 Personified Living Realities
Recent Comments
16 Comments | Leave a Comment
"“Often wrong, never in doubt.”I’ve seen this printed on tees, needle pointed on pillows, and ..."
Tony Wilson White Supremacy, Christianity, and the Capitol ..."
"You Da man! Did exactly what u said and it took care of the problem. ..."
Jose Beiro Solving the Annoying Flashing Input Menu ..."
"It's what I tend to call a classic Irregular Verb:I am a true patriot.You are ..."
Scurra White Supremacy, Christianity, and the Capitol ..."
"Intriguingly enough, since you mentioned "No one has suggested that Jesus was merely a carbon ..."
Chris H #JohnTheBaptist Enoch Seminar Nangeroni Meeting Day ..."
Browse Our Archives
get the latest from
Religion Prof: The Blog of James F. McGrath
Sign up for our newsletter
POPULAR AT PATHEOS Progressive Christian
1