Christians who don’t believe in the Resurrection? 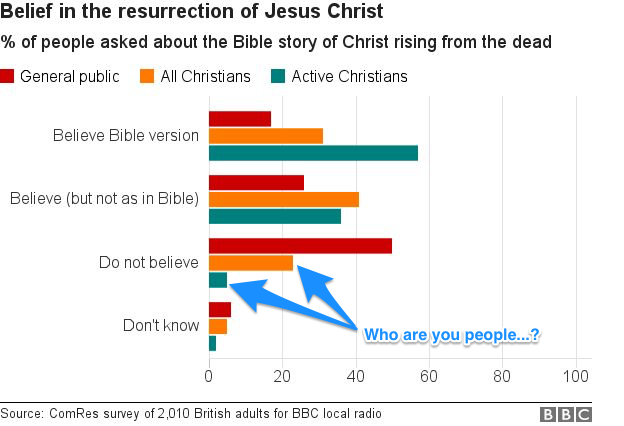 Hemant Mehta and Ian Paul both blogged about the statistic (which the BBC also reported on) indicating the percentage of Christians who do not believe Jesus rose from the dead. The former thinks these individuals are confused, while the latter thinks they are non-active Christians. This is probably true of at least some of them. It is indeed possible for people to hold beliefs on one level and yet deny them in practice on another level – as a recent New York Times article about Christians in the American South illustrated. The non-religious who believe that Jesus rose from the dead show that confused atheists also exist – or are they “non-active atheists”?

But I suspect that within the statistic are also those liberal Christians who have thought long and hard about the evidence for Jesus having rose from the dead, and have either concluded that the evidence does not allow them to make a historical judgment, or that historical methods cannot answer the question, or who think that Jesus was justified beyond death in a manner that does not require a physical resurrection of the flesh. Far from being confused, such individuals are often able to articulate precisely what their view is, and why they hold it.

And so I hope that individuals like Hemant Mehta will not simply ask a rhetorical “Who are you people…?” such as he added to the bar graph. Instead, ask who they are, and then listen to what they think. You may not end up holding the same viewpoint that they do, but the unnecessary sarcasm and dismissiveness might diminish.

And what better day to do what I am suggesting above, than Easter?

On this topic, see also the videos recently shared on the blog of the Center for the Study of Christian Origins at the University of Edinburgh, as well as Jonathan Bernier’s blog post talking about historical methods and the resurrection. Of related interest, Simon Gathercole wrote for The Guardian about the historical evidence for Jesus having lived amd died, Tim O’Neill has commented on David Fitzgerald’s latest claims regarding the purported non-historicity of Jesus, and Matthew Ferguson commented a while back on Richard Carrier’s version. 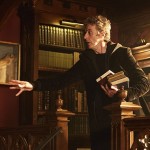 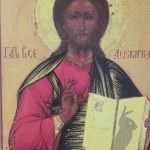 April 16, 2017 Happy Easter!
Recent Comments
42 Comments | Leave a Comment
"Thank you for this helpful pushback on the article's perspective. I think that, on the ..."
James F. McGrath We All Believe
"huh. I thought it was a complete mess, myself. It equivocates constantly between ordinary, humdrum ..."
arcseconds We All Believe
"I don´t know that I held you to a stony pigeonhole. I cited public interest ..."
greenpeaceRdale1844coop Renovate Your Faith
"This worked for me also. removed the rear panel, unpluged the button panel connector and ..."
Troy Huhmann Solving the Annoying Flashing Input Menu ..."
Browse Our Archives
Follow Us!