Doctor Who: The Pilot

Ten seasons into the revival of a show that is now more than 50 years old, and now they make “The Pilot”?! But in fact, the first episode of the new season does echo the very first episode – as well as many others.

Bill Potts is introduced right from the beginning of the episode. She works in the canteen at a university in Bristol where the Doctor lectures, and she has been attending his lectures even though she is not a student.

The Doctor has a desk with photos of Susan and River Song, as well as a cup with sonic screwdrivers.

The Doctor invites Bill to have him become her personal tutor. When she asks why, he says that one reason is because other people frown when they don’t understand something, whereas she smiles.

In a lecture, he says that “time and relative dimension in space” means life. He adopts the view of time that it does not pass, but is a collection of still frames, like a movie.

There is a mysterious puddle, and an enigmatic girl named Heather with one eye that has a star-shaped golden coloring. There is discussion of sci-fi and of being possessed. The puddle captures Heather and takes her form, then pursuing Bill.

Hardly anything is evil, the Doctor says, but most things are hungry, and that can look like evil from the wrong end of the cutlery.

The liquid pursues them even to the other end of the universe, and so the Doctor leads it into the middle of a battle between Daleks and Thals Movellans. The Dalek cannot exterminate the water creature. Eventually, Bill realizes that the reason the creature was pursuing Bill because Heather’s last conscious thought was a promise not to go anywhere without her. And so Bill released her from her promise.

I liked the fact that the fact that Bill is attracted to women rather than men was simply part of her character and her story, and not something that at this stage was felt to require commentary.

The “pilot” in the title suggests that the liquid was a remnant of a spacecraft, and it knew or was programmed to know that it needed a passenger and a pilot. And so it sought to make Bill and Heather take on those roles. There thus ends up being a provocative symbolic resonance between the hunger of living things for food, the programming of a ship (even a liquid one), and the desire of human hearts for a pilot and/or a companion.

What did you think of The Pilot? 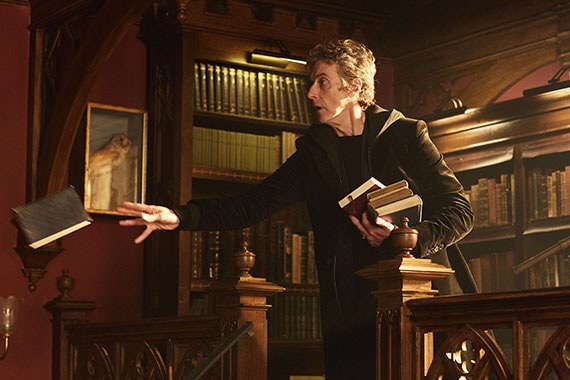 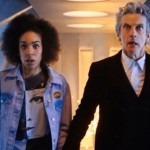 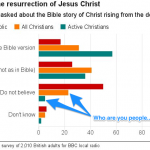 April 16, 2017 Christians who don't believe in the Resurrection?
Recent Comments
4 Comments | Leave a Comment
Browse Our Archives
get the latest from
Religion Prof: The Blog of James F. McGrath
Sign up for our newsletter
POPULAR AT PATHEOS Progressive Christian
1