The review I wrote of Nina Henrichs Tarasenkova’s book Luke’s Christology of Divine Identity has just been published in Review of Biblical Literature. Here is a brief snippet to whet your appetite:

Unfortunately, from early in the book readers will realize that they are dealing with the kinds of special pleading that have long characterized conservative evangelical writing on matters such as Christology…Henrichs-Tarasenkova’s treatment of the concept of “divine identity” fails to offer the elucidation that she had earlier indicated was needed (22–23). Once God is recognized as “the paterfamilias of a divine family” (82) and ancient views of family identity are brought into the picture, one simply cannot exclude or avoid the possibility that the one God could have been thought to adopt, create, or in any number of other ways bring about the state of affairs that there be a “Son of God” who shares in the divine functions, yet whose ontological status might in theory be that of exalted or divinized human, angel, an extension of the one God’s own person, or any number of other possibilities. Henrichs-Tarasenkova considers the possibility that Jesus held an exalted yet subordinate status second only to that of the one God (as argued for by Crispin Fletcher-Louis) unacceptable, not least because she is happy to speak of “Jews who under the strong influence of Hellenism were sympathetic to more inclusive monotheism” (85). On the one hand, the work of scholars ranging from Martin Hengel to M. David Litwa over the past several decades has shown that a simple dichotomy between Judaism and Hellenism is untenable, while, on the other hand, the case is not made in this volume that the author of Luke-Acts could not have been an individual “under the strong influence of Hellenism” and thus “sympathetic to more inclusive monotheism.” Be that as it may, the biggest problem is that Henrichs-Tarasenkova rejects the possibility that Jesus is appointed by God to serve as Son and/or agent and thus is identified with YHWH without being identical to YHWH, despite herself regularly writing about the relationship between God and Jesus in Luke-Acts in precisely the former terms.

Read the whole thing on the RBL website (subscription required). 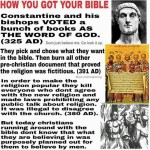 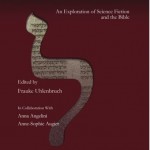 May 20, 2017 Not In The Spaces We Know
Recent Comments
0 | Leave a Comment
"Under the old covenant (ten commandments), people were (and still are) racists and sexists. For ..."
Herrnhut Was Jesus a Racist?
"Reconciliation is a two-way street, restoring a broken relationship between two people. God does indeed ..."
Iain Lovejoy Forgive Us Our Debts, Not Repay ..."
"Excellent. God is not, and does not want to be, an accountant; keeping a ledger ..."
Harvey James Johnson Forgive Us Our Debts, Not Repay ..."
"Don't confuse forgiveness with reconciliation. Jesus tells us to forgive people who sin against us, ..."
Derek Thompson Forgive Us Our Debts, Not Repay ..."
Browse Our Archives
get the latest updates from
Religion Prof: The Blog of James F. McGrath
and the Patheos
Progressive Christian
Channel
POPULAR AT PATHEOS Progressive Christian
1

Progressive Christian
"I feel like I will read the Gospels...
Religion Prof: The Blog of James F. McGrath